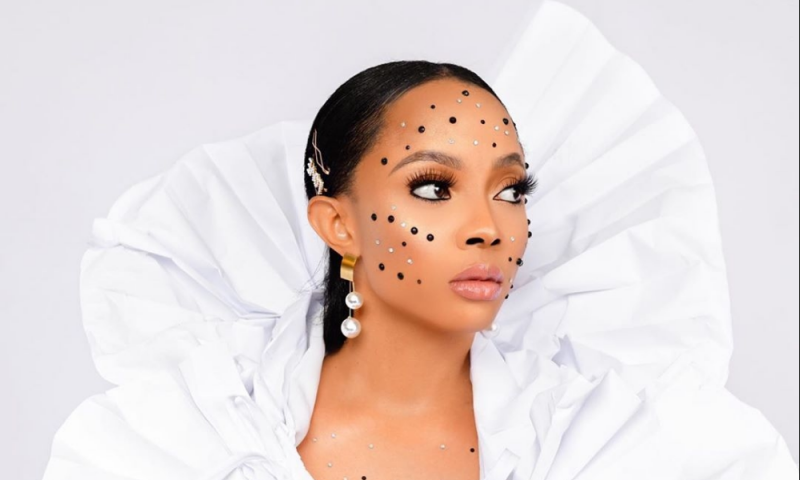 Vlogger and entrepreneur, Toke Makinwa has disclosed that she will not have children out of wedlock.

The 36-year-old made the revelation during a question and answer session with fans and followers on her Instagram page.

A  curious fan had asked if she would welcome the idea of having kids without getting married.

“Do you think of having a child without marriage? Or you’re keen on marriage? the fan asked.

In response, Toke stated that she’s positive that she would have a good man someday but that until then she would not give birth to children out of wedlock so they don’t experience what she went through after she lost both parents at eight.

“I definitely want to get married again. Losing both my parents at eight hurt so much.”

“I’ll like my kids to have the life I never had while growing up. Hopefully, the universe sends me a good man.”

Meanwhile, a few months back, Toke sternly warned Nigerians to desist from insulting women just because they are almost 40 and are not married.

An infuriated Toke queried the rationale behind people thinking 40 years is the deadline for unmarried women.

“Everyone will age 40 is the new 20. the next time you want to age shame anyone remember that you will age too or do you want to die young???”

“When did growing older become an insult??? Like, Nigerians will use everything to insult you. Don’t go and marry, you can’t keep a man, don’t go and born, keep cruising till you reach 40 like is 40 the deadline…I’m not understanding???”, she said.

Related Topics:MarriageToke Makinwa
Up Next

Nigerian bloggers, journalists are too harsh on artistes – Sarkodie