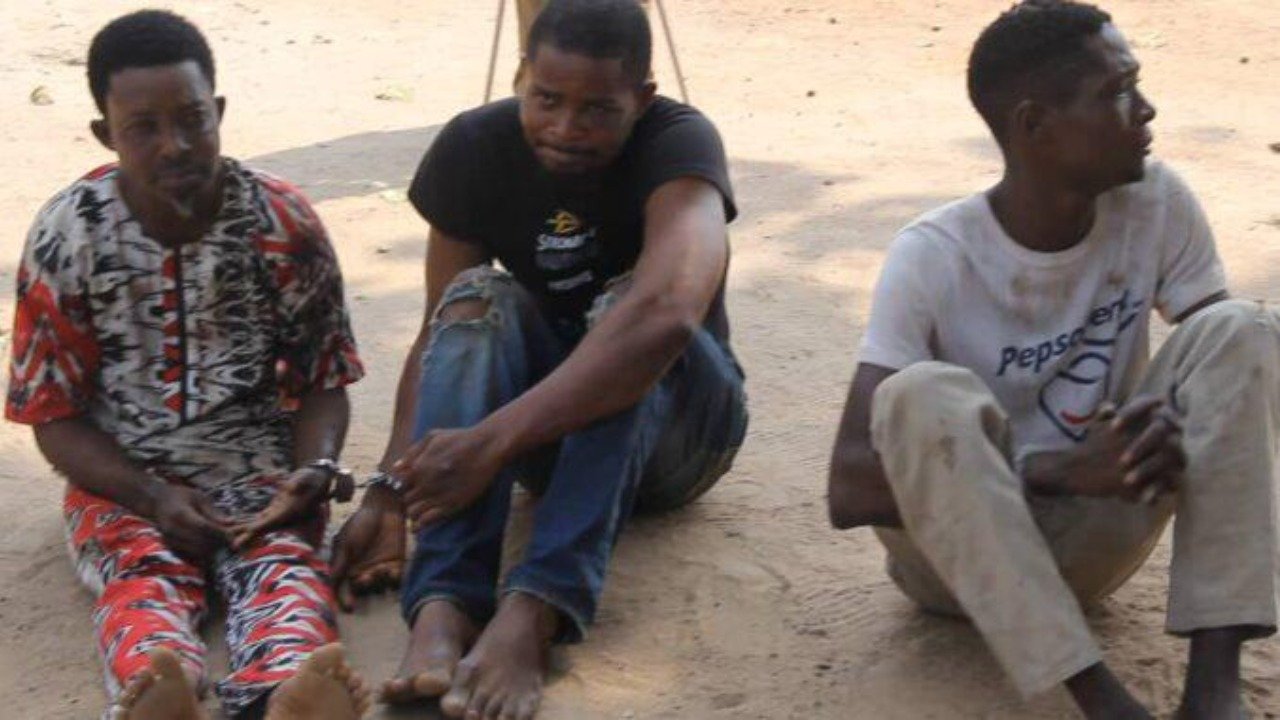 A former banker, Moses Keffi, who was arrested last week for armed robbery,  has denied participating in the robbery.

Keffi, 38, an ex-employee of a second-generation bank, was arrested last Thursday on the Osu/Ile-Ife Expressway. However, in a chat with newsmen, he was invited by a friend, simply identified as ‘Ibadan’, to Osun State to buy a car

Keffi was arrested by the police alongside Odeyemi Oluwafemi and Isah Lawal for hijacking at gunpoint two trucks, one of which was loaded with toiletries on January 14, 2021 around 4am.

Keffi, who has paraded along with two other suspects by the Osun State Commissioner of Police, Mr Wale Olokode, explained that he lost his job last year as a result of the coronavirus pandemic, adding that he had been engaged in business since then.

The ex-banker said ‘Ibadan’ had invited him from Lagos to check a vehicle he wanted him to buy in Lagere, Ile-Ife, last week Monday.

“I left Lagos on Wednesday around 4pm and got to Osun State very late. When I got to Lagere, I called but ‘Ibadan’ said he was no longer in Lagere and said he would call a driver to bring me to where he was.

“After about 40 minutes, a vehicle came to pick me. ‘Ibadan’ was communicating with me with the driver’s phone. I was taken to where ‘Ibadan’ was waiting and I saw two trucks. He said I should check and choose the one I wanted to buy. But I told him I wanted to buy a car and not a truck.

“He said I should get into the truck. While that was going on, I saw police vehicles come to the scene and I fled into the bush. I was later arrested by the police.”

But Olokode, while briefing newsmen on how the suspects were arrested said,

“On January 14, 2021 around 4am, a gang of robbers fully armed with guns and other weapons invaded the Osu/lle-lfe Expressway and attacked innocent motorists plying the road and hijacked at gunpoint two trucks.

“The victims were also robbed of their valuables such as mobile phones and the sum of N130,000. The JTF and police patrol team in the area were quickly alerted and they immediately swung into action and arrested the suspects.”

Nigerian arrested in Trinidad and Tobago for attempting to traffic cocaine into Thailand, India