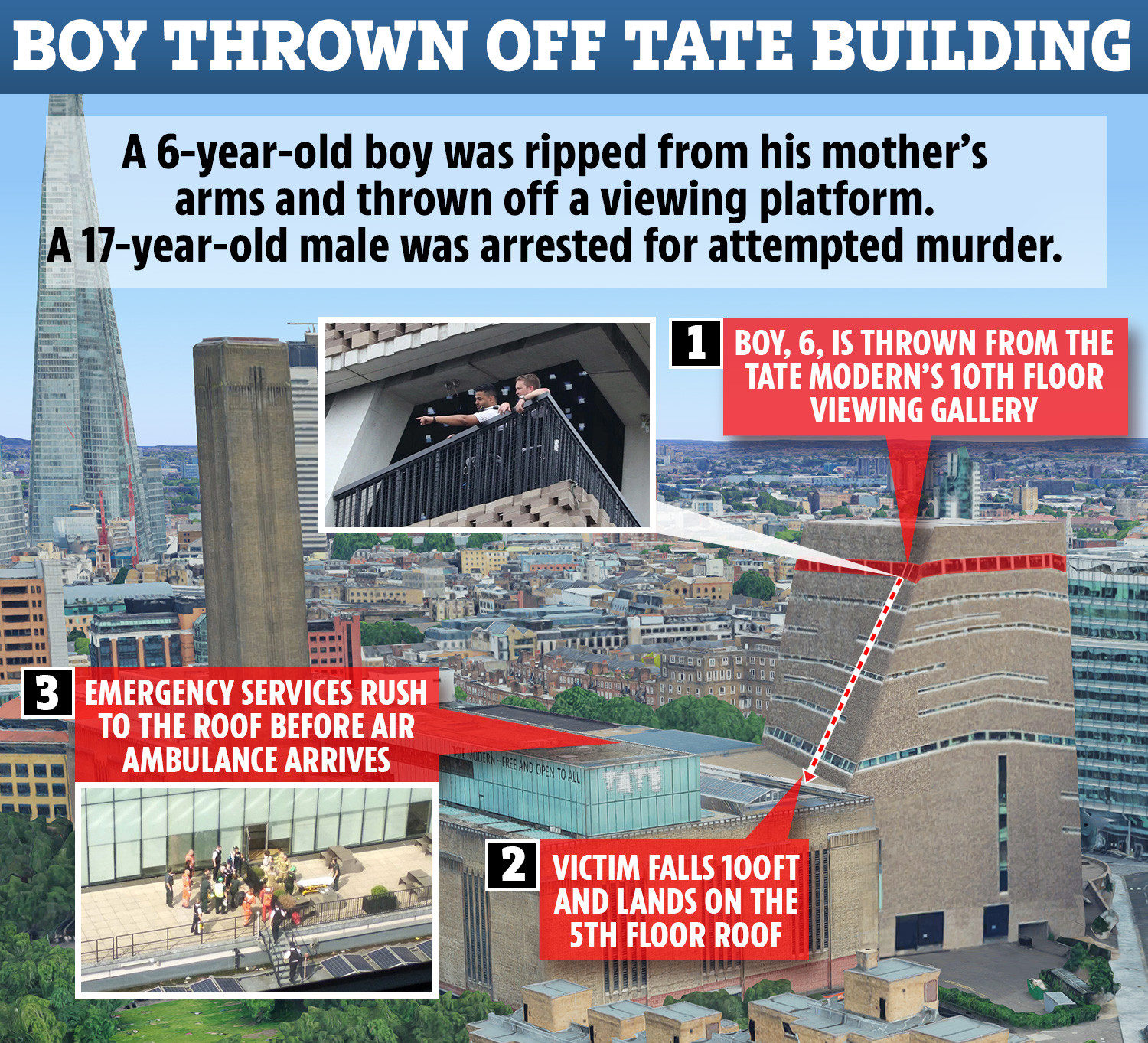 An autistic British teenager who has admitted throwing a six-year-old boy from a viewing platform at Tate Modern, an art gallery in London, said the motive for his action was because he wanted to be on the news.

Jonty Bravery, 18, pleaded guilty to attempting to murder the youngster who fell 100ft, suffering fractures to his spine, arms and legs.

Mirror UK reports that Bravery grabbed the boy after had moved a few feet from his mother and hurled him from the tenth floor of the art gallery on August 4.

CCTV footage apparently showed the defendant looking over the edge of the balcony, 10 storeys up, before seizing the victim by the limbs and hurling him over the edge.

It can now be reported that he is then said to have sought out a manager at the art gallery and confessed:

“I think I’ve murdered someone, I’ve just thrown someone off the balcony.”

He told police he heard voices in his head telling him to kill or injure someone.

Bravery later told police he had to prove a point “to every idiot” who said he had no mental health problems, asking police if the incident was going to be on the news.

“I wanted to be on the news, who I am and why I did it, so when it is official no-one can say anything else.”

Bravery, of Ealing in west London, appeared via video link at the Old Bailey on Friday to admit one charge of attempted murder.

He will be sentenced in February.

His victim, who cannot be named for legal reasons, suffered a bleed to the brain, fractures to his spine and broken legs and arms following the fall.

The boy was visiting London with his family at the time and is now said to be continuing his recovery in his native France after several weeks in intensive care.

Around £130,000 has been raised on the GoFundMe website since the incident.

In a statement, his family said:

“Life stopped for us four months ago. We don’t know when, or even if, we will be able to return to work, or return to our home, which is not adapted for a wheelchair.

“We are exhausted, we don’t know where this all leads, but we go on.

“We wish to thank all of the people, family and friends who have supported us throughout this horrific experience.”

Husband catches wife with another man on his bed, beats her into a coma [Photo]