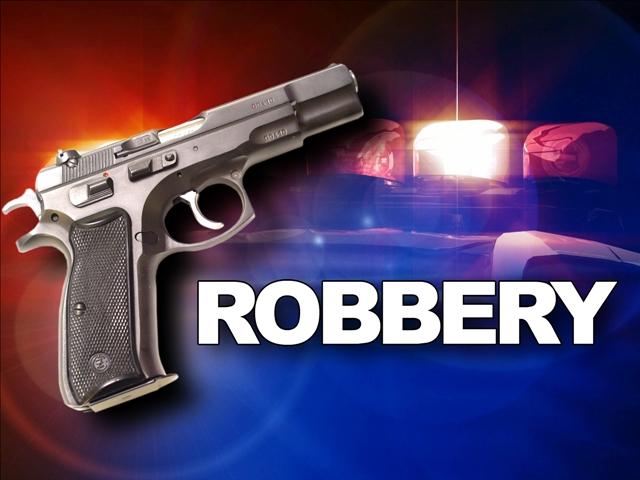 The Nigeria Police on Thursday paraded seven members of a gang responsible for robbing three banks in Ondo and Ekiti States between 2019 and the early part of 2020, killing six policemen in the process.

Leader of the gang, 42-year old Ojo Tubonsun, who confessed to the crime, said he was grateful to God that they were arrested by the police.

Tubonsun was paraded alongside six other members of his gang at the Special Anti-Robbery Squad headquarters in Abuja.

Also paraded were suspects for other offences including arms dealing, fraud, homicide and kidnapping.

The arrests were made by operatives of the Special Tactical Squad (STS).

Mba said Tubonsun’s gang carried out the three robberies between 2019 and the early part of this year.

“Between 2019 and the early part of this year, three cases of bank robberies were recorded in Ondo and Ekiti States. Three banks located at Ile-Oluji in Ondo State, Idanre also in Ondo State, as well as Oye in Ekiti State were at different times attacked and robbed by this same gang.

“Operatives from STS carried very extensive and intensive investigations into this case that lasted for months and today we are glad that we can present to you the outcome of these comprehensive investigations. Six policemen were killed as a result of those robberies. Four were killed during the robbery at Ile-Oluji in Ondo, while two were killed during the Oye in Ekiti State. A branch of WEMA Bank, a branch of UBA as well as a microfinance bank were attacked in those three operations,” the police spokesman said.

“They had clear cut division of labour and each member of the group had an assigned role and they played it as effectively as they could. Fatoye and Ariyo were Okada riders who carried out surveillance operations while the robberies were going on. Their roles were to monitor the roles and monitor the advance of the police and other security agencies and keep the group informed of any external incursion into the areas the operations were taking place and they were paid handsomely for it. They all participated in the three operations and got different amounts for their roles.”

Confessing to the crime, the gang leader, Tubosun, said:

Tubosun, who said he started robbing in 2018, said they carried out the operations using three pump actions, one AK and some locally made guns.

“I did not support the killing of the policemen. I was inside. When I came outside and saw they killed two policemen, I blamed them. When I started to blame them, one of them fired my leg. I used hot water and ampiclox to treat the gunshot wounds,” he said.

Mba said Garba was arrested while taking arms to bandits in Kaduna.

The FPRO said Garba, who moved from Dede in Abuja, was going to deliver 131 rounds of live ammunition to one Sani in Kaduna, when he was arrested by the STS.

Also paraded were a car thief, Sunday Ekele, 37 and a gang that specialized in obtaining money from innocent members of the public under false pretence.

Mba said the gang engaged in blackmailing, threatening and even kidnapping their victims.

The gang at various times fraudulently pretended to be old men, women or children as part of their ploy to defraud unsuspecting members of the public.