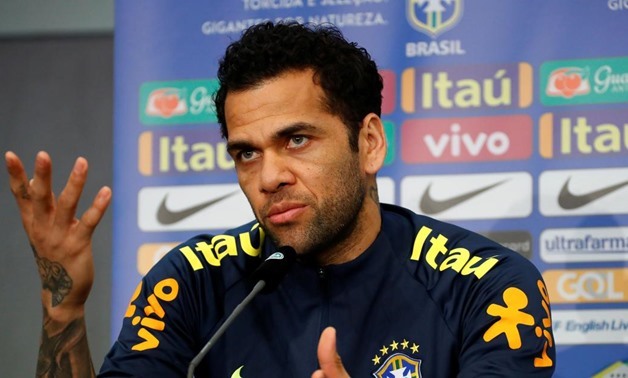 Former Barcelona right-back, Dani Alves, has revealed that he regretted snubbing Manchester City for Paris Saint-Germain when he left Italy in 2017.

The 37-year-old Brazillian who spent two years with the French champions opened up during a zoom interview with The Guardian UK.

“Can I be sincere?” he says now. “I regret it. Not that I choose PSG, not at all. I am not sorry for playing for PSG, of course I am not. My time in France was incredible. But it was my fault it didn’t work out with Manchester City. The deal was all OK but I had some personal problems and had to change my plans.

“It would have been wonderful to work with the man who changed my life again. There is a bad taste to have failed to do that, to have failed him. I don’t like to fail people and especially not those who believed me, trusted in me and helped me become who I am today. I have already said sorry to him [Guardiola]. I failed. But I am a human being and I make mistakes.”

However, Alves also revealed that he would have signed for defending Premier League champions, Liverpool, in 2006 after a strong season with Sevilla, who defeated Middlesbrough in that year’s Uefa Cup final.

He caught the eye of Liverpool who wanted the full-back to join them but again a deal did not happen, according to Guardian, as Alves opted for Barcelona two years later in 2008.

“It’s my broken wing to not have played in Premier League. I have a huge respect for football in the country because England is where football was born,” he says, before laughing and adding: “Although later we in Brazil adopted the game and took better care of it! Seriously, though, when I was at Sevilla I came close to joining Liverpool. I don’t know how my life would have turned out but Liverpool is one of the biggest clubs in the world.”