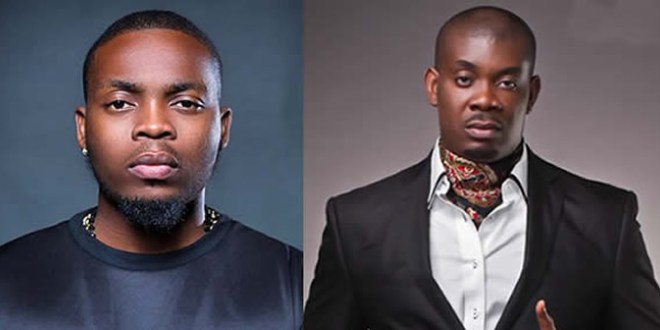 Mavin Records boss, Don Jazzy has opened up on his brawl with rapper Olamide at the Headies back in 2015.

Speaking with Ebuka in an interview, Don Jazzy revealed that although he did not mean any harm with what he said, he regretted his action.

According to him, he ought to have collected the award and left the stage without saying anything if the host had not called him right after Olamide’s outburst on stage.

He also disclosed that asking Olamide to come for the award if that was what he needed was his own way of saying he didn’t want ‘wahala’.

Don Jazzy noted that the issue was unfortunately taken out of context.

How I lost my twin pregnancy ― Adesua Etomi