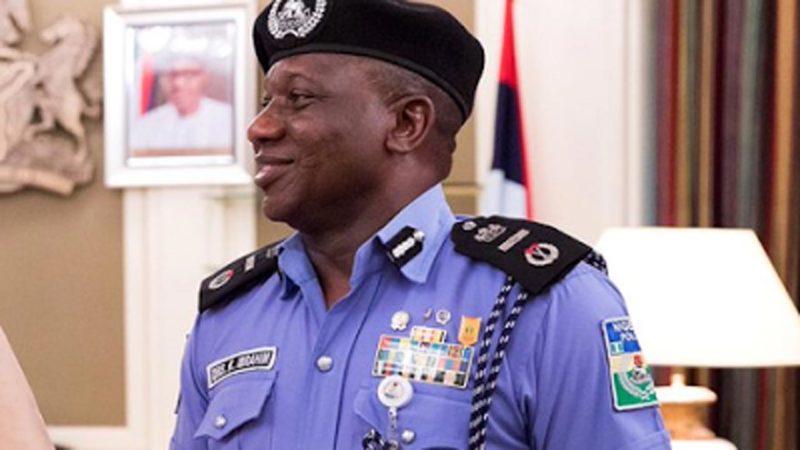 The Inspector-General of Police, Ibrahim Idris, has responded to the Senate resolution on his non-appearance before the upper chamber, saying he owed them no apologies.

The IG said he did not have to appear before the lawmakers, noting that a senior police officer of the rank of Deputy Inspector-General or an Assistant Inspector-General could act on his behalf in an official capacity at any function.

This, he added, is in consonance with Sections 7(1),312(1), 313(2) of the Police Act, a statement on Wednesday in Abuja by the force spokesman, Jimoh Moshood stated.

It explained that Senator Dino Melaye was certified fit to stand trial by doctors at the National Hospital before he was arraigned before Chief Magistrate Courts in Wuse, Abuja and Lokoja.

The police described the Senate resolution against Idris as “a deliberate blackmail, witch-hunting with mischievous motives to hand-twist the IGP to pervert the end of justice” in a felonious and serious offenses of criminal conspiracy and unlawful possession of prohibited firearms for which Senator Dino Melaye was allegedly indicted by two principal suspects, Kabiru Seidu aka Osama and Nuhu Salisu aka Small.

Moshood asked the public to disregard the resolution of the Senate on Idris which he said was “mischievously aimed at casting aspersions on the hard-earned integrity of the IG and the Nigeria Police Force.

“The IG and the Nigeria Police Force will not be deterred by blackmail from any individual or group no matter how highly placed from the enforcement of Law and Order and ensuring that the Rule of Law prevails.

“The Nigeria Police Force, therefore, owes no apology to any individual or groups in its effort to ensure the preservation of law and order, supremacy of the law of the land, and make sure that all Nigerians are subject to the same law, no matter what their position is in the society.

“The Nigeria Police Force as a law-abiding organization will continue to hold the Senate in high esteem but wishes to impress on the Senate not to harbour criminal elements among its fold or condone criminality.

“The Force will not be intimidated by any individual, groups or institution, constituent or otherwise to abdicate from its constitutional responsibilities of protection of lives and property and due enforcement of the rule of law, and law and order across the country.”

I HAVE WHAT IT TAKES! Oshiomhole joins APC chairmanship race