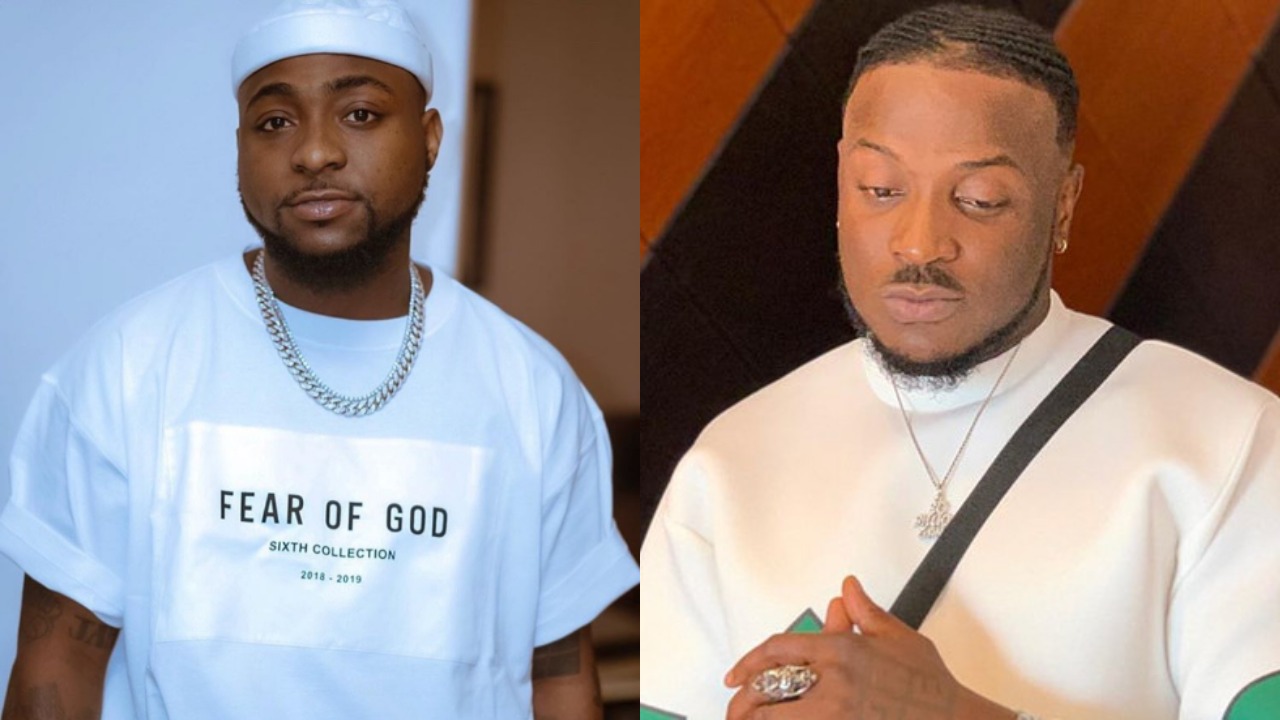 DMW signee, Tobechukwu Okoh, popularly known as Peruzzi, has pointed out who taught him how to womanize.

The singer disclosed that he learnt the art of womanising from the best, his boss, Davido.

He made this known while responding to a follower who asked if it is true that he, Peruzzi, is the artiste in DMW that likes women the most.

“No para @Peruzzi I hear say na you like woman pass for DMW fam, na true?”

The ‘Rum and Boogie’ singer quickly replied with a line from the popular Mayorkun and Davido song, ‘The Best.’

Recall that when Davido released the visuals for the song, he subtly referred to himself as the best.

“Nwannem I Learn From The Best Oh The Best” 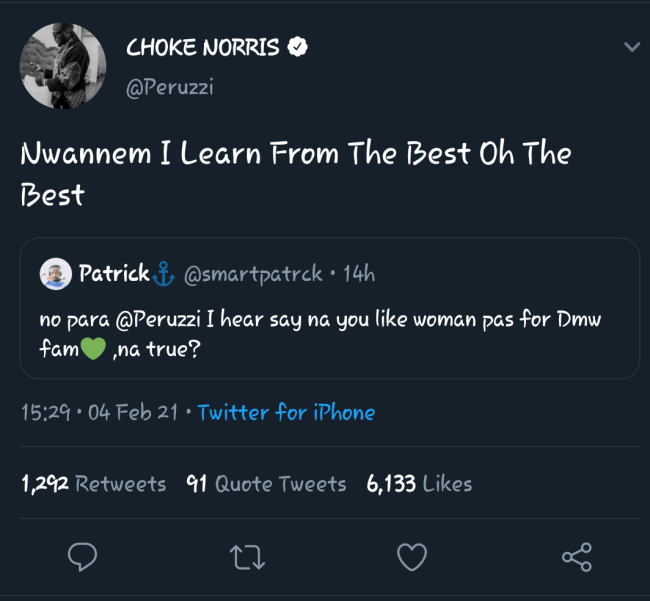 Related Topics:FeaturedperuzziTobechukwu Okoh
Up Next