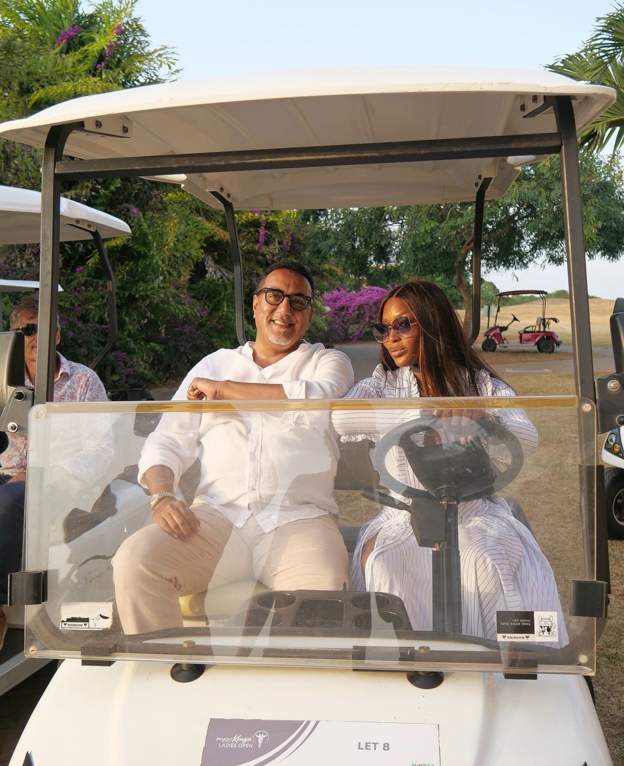 She was appointed to the ambassadorial role by Magical Kenya last month, but many queried why it had not been given to a prominent Kenyan like Hollywood actress Lupita Nyong’o.

The country is famous for its wildlife safaris and beach resorts.

“I feel so privileged and honoured to be confirmed as Magical Kenya International Brand Ambassador. Not just because of the obvious benefits that tourism brings to an economy but also I am proud to be able to represent such an important country as Kenya.

“We all know about the astounding areas of natural beauty, the beaches and of course the wildlife but there is much more.

“Kenya has a history going back 100 million years and is considered by many to be the cradle of civilisation so I am humbled to be talking about the country.

“Of course the people are the wealth of any nation and it’s no different with Kenya. It’s people have excelled in the arts, sciences, political thought and sports just to name a few.

“Tourism does of course bring jobs to the local economy, vital for so many small and big entrepreneurs. It helps unleash ideas, creativity, talent and makes for worthwhile and productive lives.

“Tourism is vital on many levels and it is my hope that I can play a small part in helping remind the world about Kenya and on a bigger level wouldn’t it be wonderful if Kenya could help inspire the world after this terrible pandemic we have all been through. Reminding us to be grateful for nature’s beauty and enduring history of our wonderful planet. #NAOMIAFRICA🙏🏾 @magicalkenya 🇰🇪🇰🇪🇰🇪”

I am officially single – Joeboy

VIDEO: My father disowned me for tattooing Bobrisky on my back