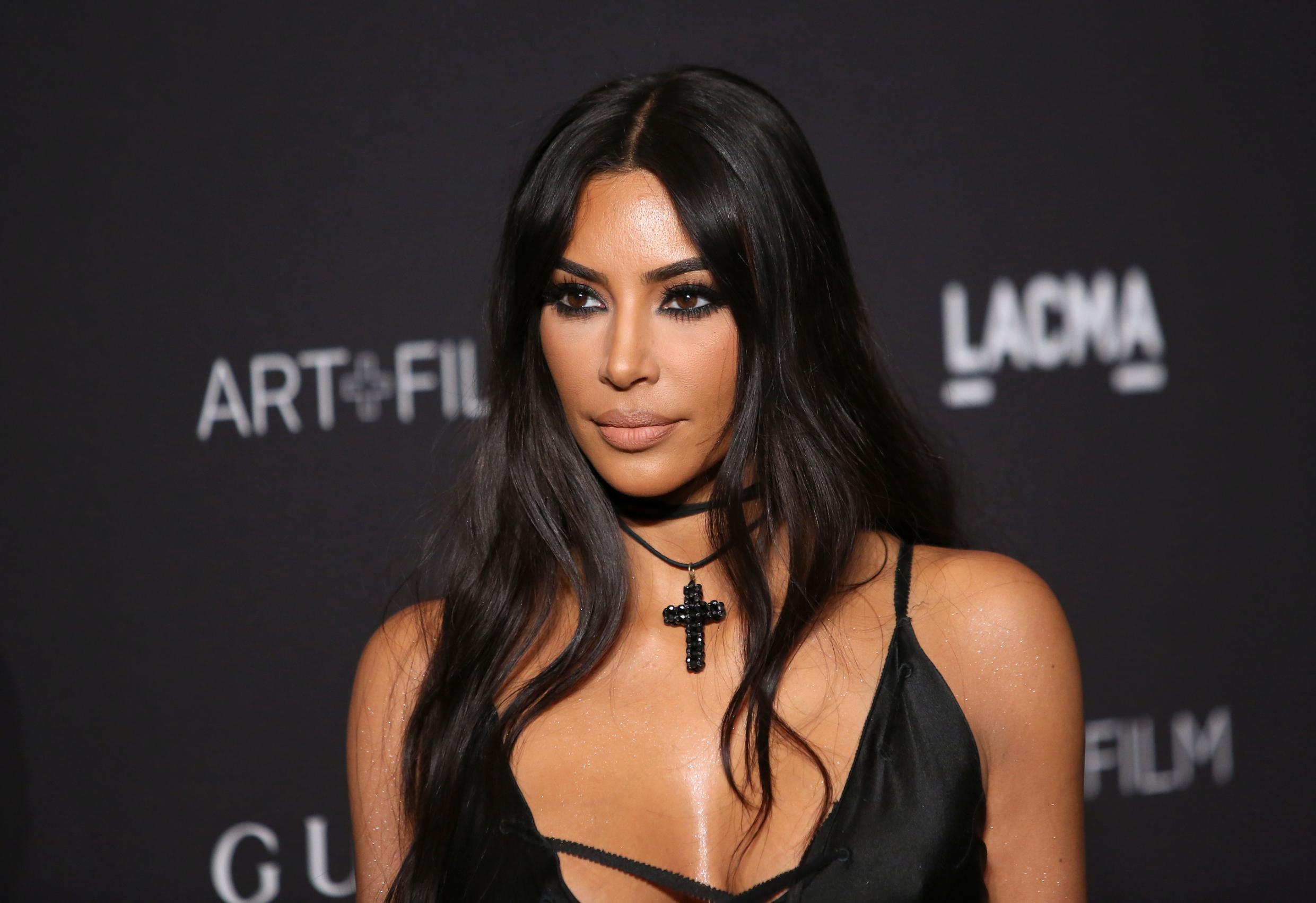 American reality TV star, Kim Kardashian took to the social media platform to share a painting her daughter, North-West, had worked on.

Kim who just wanted people to know what great talents her seven-year-old daughter possessed didn’t quite get the feedback she expected.

Kim had shared the painting seven-year-old North West did at her painting class via her Instagram page.

Kim’s best friend, Tracy Romulus, also took to her own Instagram account to share a photo of her own son Ryan’s version of the same painting.

See the painting below; 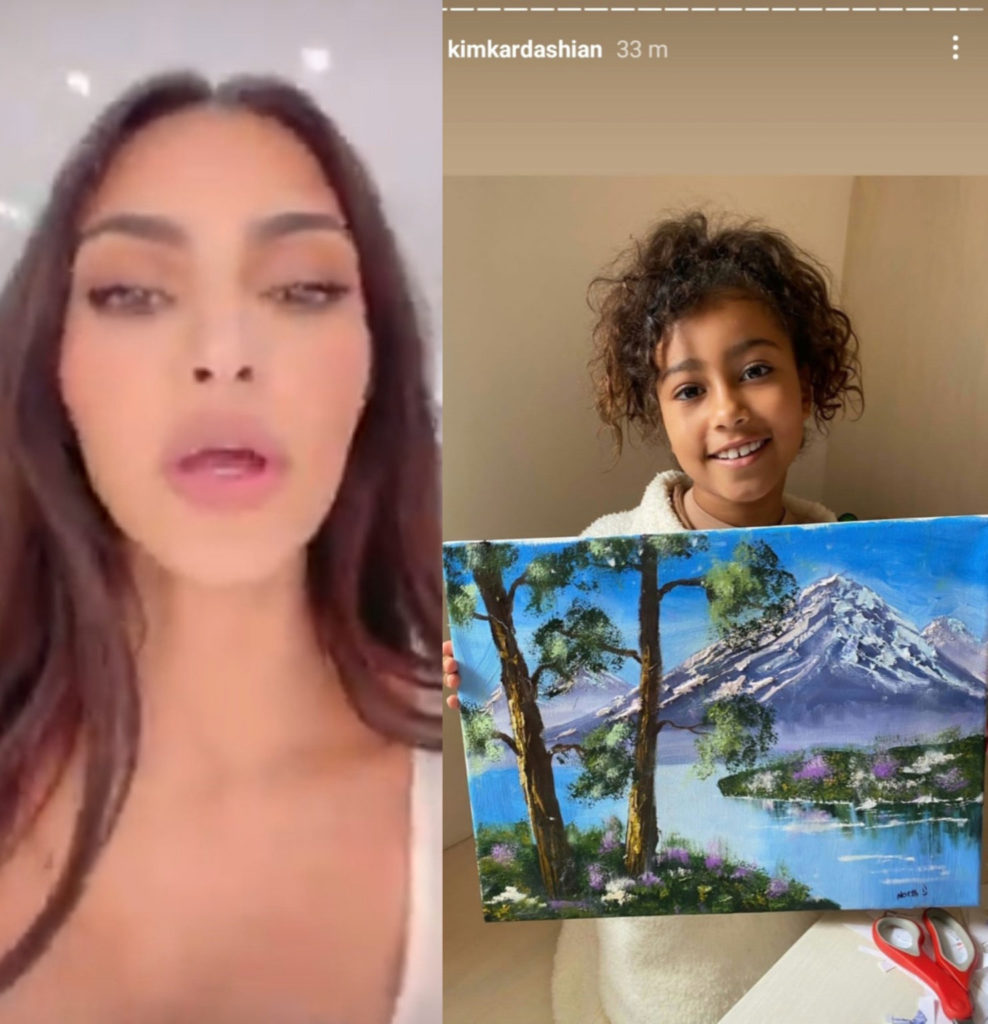 However, people refused to believe that North West did the painting by herself which caused a serious stir online.

In a response to critics, Kim hit back by warning people not to mess with her children.

She added that North worked so hard on the painting for several weeks and warned trolls not to embarrass themselves because they can’t stand the awesomeness in a child. 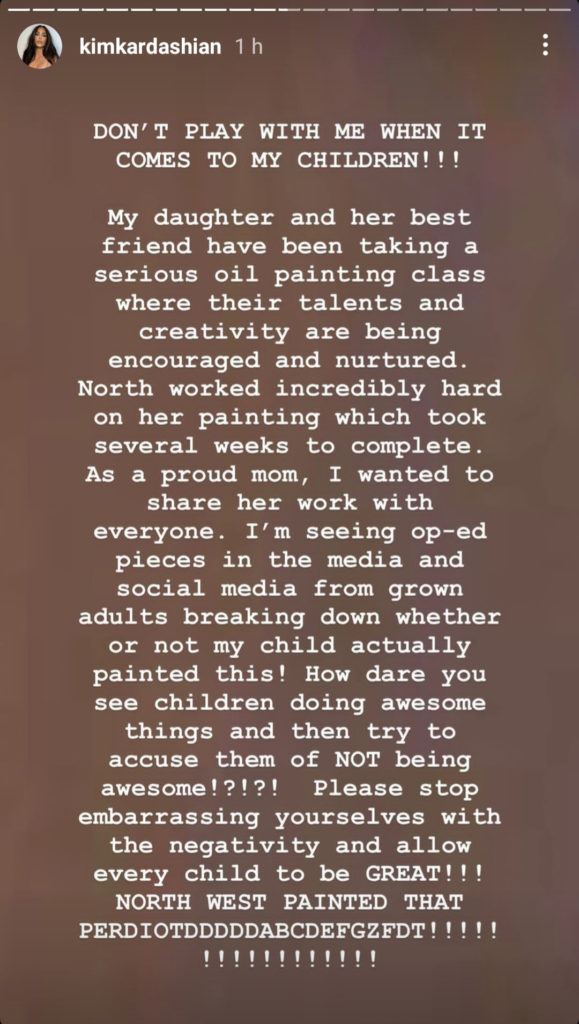 In other news, an official split between Kim Kardashian West and Kanye West may be fast-approaching, a source told PEOPLE magazine.

According to the source, the stars, who tied the knot in May 2014, have “completely” stopped going to marriage counselling. A separate insider had told PEOPLE earlier this month that the couple was in marital therapy in an effort to salvage their fractured relationship.

“He is talking to divorce lawyers this week,” the source adds of the 43-year-old Grammy winner.

Representatives of Kardashian and West have not responded to requests for comment.

The news comes less than two weeks after multiple sources had said that the Keeping Up With The Kardashians star, 40, plans to file for divorce from West and has been working with a high-profile divorce attorney, Laura Wasser.