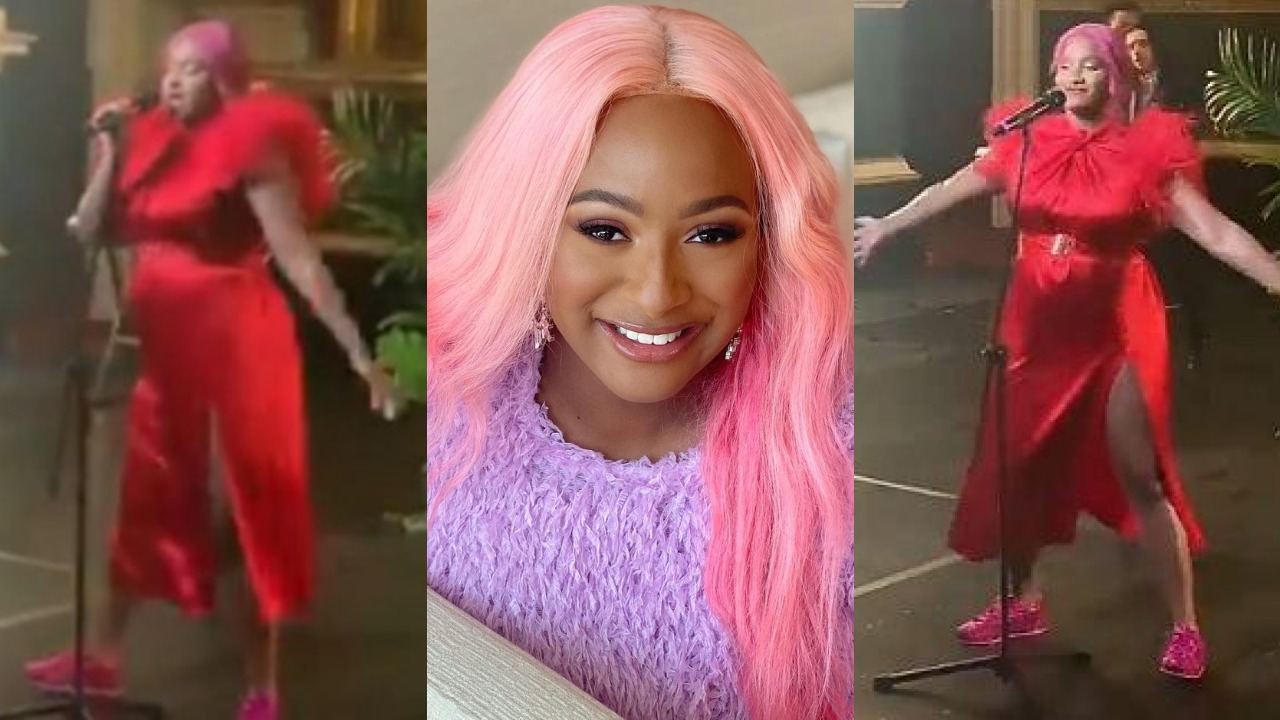 Popular Nigerian disc jockey and producer, Florence Ifeoluwa Otedola aka DJ Cuppy has admitted to not having a great voice.

The ‘Jollof On The Jet’ singer made this known while encouraging a fan who lacked faith in herself.

Cuppy on her Instastories on Thursday had asked her fans to ask her anything.

Rather than ask, the fan decided to relay personal concerns.

She said, “I’m good at singing, real good But I am scared to let people hear me,” the fan wrote.

In response Cuppy advised the fan to believe in herself and do whatever makes her happy, thinking less about what the world would say.

She said, ”I don’t have a GREAT voice, but I’ve learnt to love it… If singing makes you happy then do it. The world will catch up” 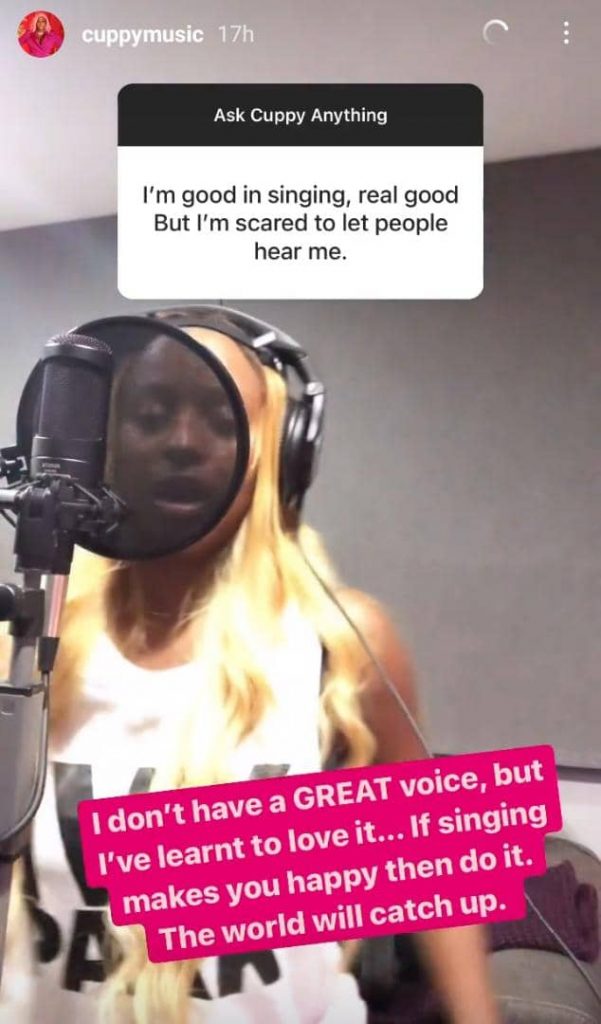 According to Hansome, music is not for everyone, and listening to Cuppy sing was nothing short of an ’embarrassment’ to Nigerian music.

Sharing a video of Cuppy performing on his verified Instagram page, he wrote;

If I talk now haters will say their daily prayer “bla bla bla”…Ur career don die”. “U’re looking for attention”. “U’re hating”, meanwhile the person chatting has never stood out for anything in life. No be only GELATO, na MALAWI. What is this? This is an insult to music as a career and an embarrassment to NAIJA Music.

This is like mocking real Musicians, when did we get here? You cannot buy talent. They would’ve paid me or someone to write a proper song for her, bring out her British accent & all but NO.

U would have just come out on Hiptv to insult all of us all 1 by 1, this is wicked. 9ja music has lost bearing, chai!

Do you think music is child’s play? If she wasn’t Otedola’s daughter, would you listen to this if it was someone else? Music is not for everyone, if you ain’t got it you ain’t got it. I go soon leave this music for una”.