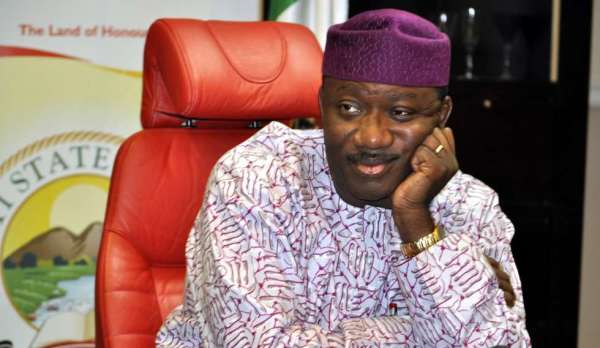 Chairman of the Nigeria Governors’ Forum and Ekiti Governor, Dr. Kayode Fayemi on Thursday warned that it was wrong to impose the federal salary structure on states.

He emphasised that unlike other economically-viable states like Lagos with all its resources, it would be wrong of anybody to expect him to earn the same salary as its governor.

Fayemi made the observation when he hosted pro-chancellors of state-owned universities on Thursday in Abuja.

He said that the same salary structure should not be imposed on states because federal and state governments do not have similar economic situations.

A statement issued by Mr Abdulrazaque Bello-Barkindo, the Head, Media and Public Affairs of NGF Secretariat, quoted Fayemi as making the observation when the pro-chancellors deliberated on solutions to problems state-owned tertiary institutions.

“You can’t impose a federal salary structure on states because we do not all have the same economic or financial situations.

” I, for example, do not have the resources of Lagos State, so you won’t expect me to earn the same salary as the governor of Lagos,” he said.

The NGF chairman added that it was true that no state had fulfilled payment of salaries to states universities, but states were not always solely responsible for this.

“The people you appoint as vice chancellors need to speak truth to power, they need to be able to bite the bullet, and not just be a YES person.

“We need to work together to confront these issues, we are running glorified secondary schools as universities by this system and you have to help us in insisting that the institutions too, do the right thing,” he added.

Fayemi agreed with the pro-chancellors that politics should not be involved in the nation’s school system, even though he argued that there were very smart people in politics in Nigeria.

Earlier, the pro-chancellors led by Mallam Yusuf Ali, the Pro-Chancellor of Osun State University, said that the seamless educational progression that the country should be experiencing was being hampered by a paucity of funds.