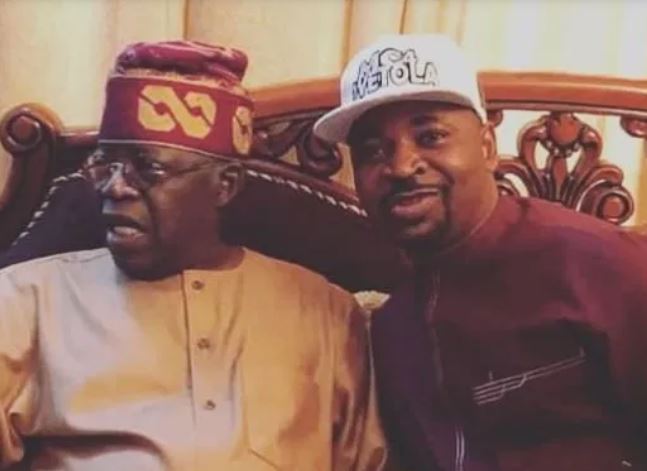 The chairman of the Lagos chapter of the NURTW, MC Oluomo aka Musiliu Akinsanya, has said that he remains forever loyal to APC chieftain, Asiwaju Bola Tinubu.

MC Oluomo made this known on Twitter amid criticism of the APC chieftain over the shooting of EndSARS protesters at the Lekki toll gate in Lagos.

“I will forever stand with Bola Ahmed Tinubu no matter what people say,” he tweeted.

Meanwhile, PDP chieftain, Bode George has called for a change in the organization of the NURTW in Lagos.

MORE READING!  See how Tacha was dragged after she revealed her real age

He said this while making comment concerning the Lekki toll gate believed to be owned by Tinubu.

“Let me reiterate the irreduceable minimum acceptable to placade the angry and restless youths in order to restore peace, fairness and equity in our state.

“The two tollgates should be dismantled immediately and permanently. AlphaBeta and Lekki Concession Company should be scrapped. The advert signage monopoly given to Seyi Tinubu should withdrawn forthwith.

“The Iya Oloja title should be withdrawn from Shade Tinubu and be given to the individual who deserves it according to tradition.

“The NURTW which has become the militia wing of the APC should be re-organized and removed from the armbit and control of political actors,” he said.