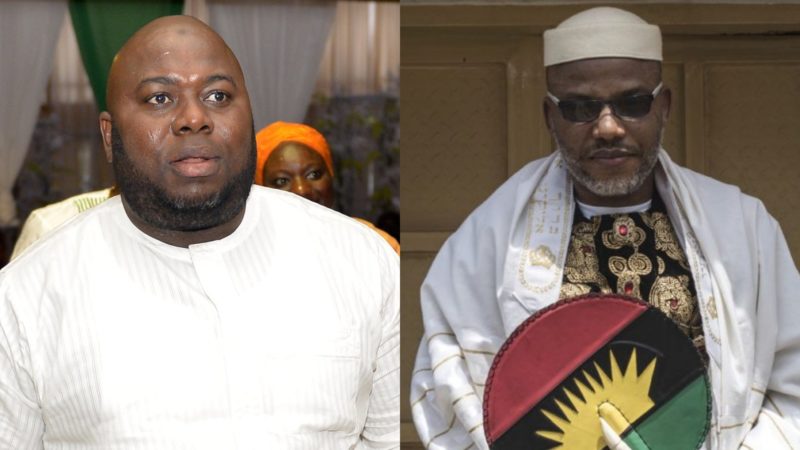 WuzupNigeria reported that Dokubo had vowed to orchestrate the downfall of Kanu, who had been on the Nigerian Government’s wanted list having jumped bail in 2017.

Kanu is currently being held in the custody of the Department of State Services after appearing before an Abuja Court.

Dokubo’s threat came some weeks before his arrest and extradition to Nigeria from Kenya, according to one of Kanu’s brothers, although the Kenya authorities have denied knowing anything about his arrest.

Dokubo has been quoted by DailyTrust in a new video as saying, “Nnamdi Kanu, I promised I will smoke you out. Your madness never start, this one wey start now, na market e dey go. You have harmed Biafrans and traded with us so much.

“You collected our money in the name of defence funds and you cannot give account. You are demanding that all Biafrans should pay money to you on monthly basis or they will not be allowed to enter Biafra. Doesn’t that make you a conman, an extortionist?

“You alleged that that you gave me N20 million, video doesn’t lie. When I stated it last year leading to election, you were so cowardly not to respond to me. You sent your followers to respond to me and they said a lot of things and I demanded the evidence that I demanded N20 million from you.

“I have never been a member of IPOB, you gave me N20 million, tell us is it by bank transfer, is it by cash, who brought the cash to me? I’m waiting. Produce the evidence.”

Dokubo taunted Kanu by saying he had been detained over 70 times yet he has remained in the country.

“I can’t run away from my land because they will overrun it. I am not like you Ben Johnson… I fought all the way to the supreme court. My record is in the Supreme Court, you can check it.”