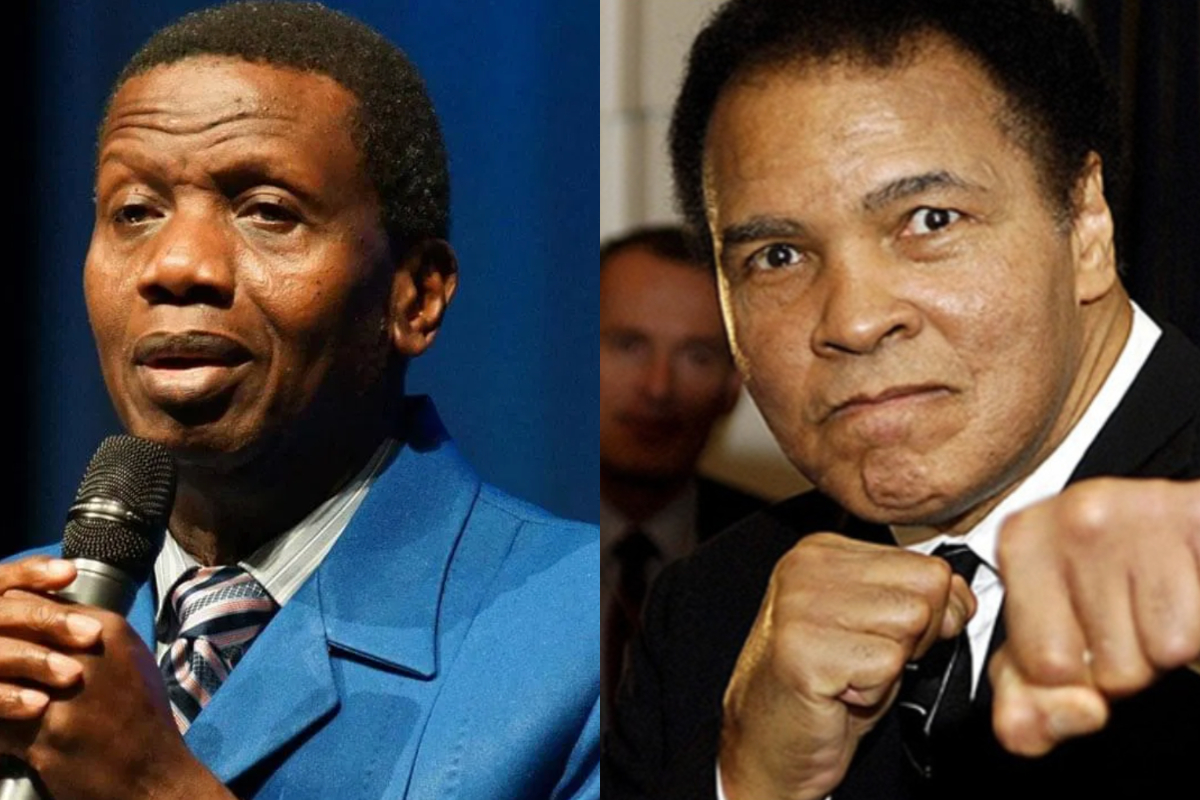 The cleric, who used to be a boxer, said he once cried over the health status of Ali, who died in 2016 at the age of 74.

Adeboye spoke at the virtual February 2021 Holy Ghost Service of the church with the theme, ‘God Bless You (2)’.

“It is one thing to be a champion, it is another thing to still be a champion. I will illustrate this by using Mohammad Ali of blessed memory.

“He was my hero, incidentally, we were born the same year and I was a boxer too; not of his class but I followed every fight that he fought. At least beginning from Sonny Liston, I can tell you every person that my hero fought.

“But then, one day I saw him when they asked him to light the torch for the Olympics and I saw my hero, the man who used to float like the butterfly and sting like a bee, I watched him shaking like the reed blown by the wind. His hands were shaking and it took a special effort to hold to the torch and I cried that day.”

“The question I am asking is: ‘Is God an ex-champion?’ Glory be to God, the God who is going to bless you is not an ex-champion,” Adeboye added during the programme monitored by The PUNCH.