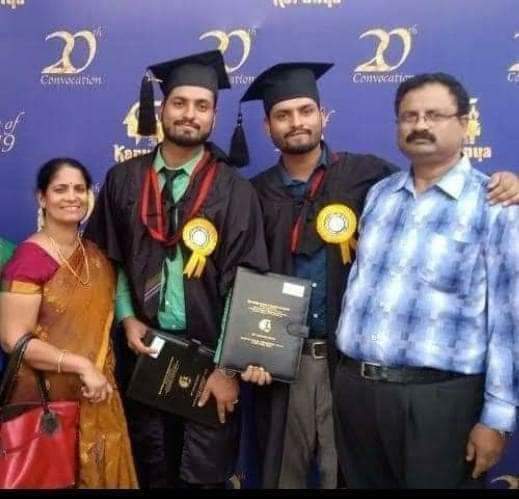 An Indian father, Gregory Raymond Raphael, has narrated his ordeal after losing his twin sons to the delay COVID-19.

Raphael and his wife were traumatised as their 24-year-old twins, Joefred Varghese Gregory and Ralfred George Gregory, died together, hours after one another on May 13 and 14.

India Times reported that the twins did almost everything together — both chose computer engineering, both had jobs in Hyderabad — they caught the deadly fever the same day, on April 24.

Their demise left Rohael distraught as he revealed he almost knew that if his sons had to make it, they would come home together. Or they wouldn’t.

“That’s how it was since their birth. I had told my wife after we got news that Jeofred had died that Ralfred won’t return home alone either. They died on May 13 and May 14, hours apart.”

“The twins had a lot of plans for us. They wanted to give us a better life. As teachers, we have struggled much to bring up the children well and they wanted to give us back, everything from money to happiness. Before they died, they were planning to leave for Korea and then perhaps Germany for work. I don’t know why God punished us like this.”

The Raphaels have a third son, the eldest one, Nelfred.