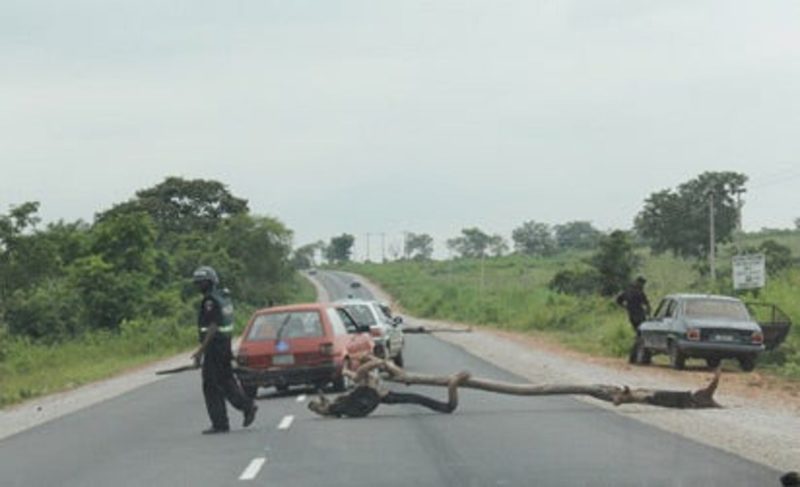 A pharmacist based in Ondo State, Adeyemi James, has expressed disappointment over the political will to halt activities of kidnappers in Akoko area of Ondo State.

Adeyemi said he was abducted in Akoko area in 2018 at a place very close to a police checkpoint.

He told journalists in Akure that he decided to speak out because his friend who was abducted in the same area last week was asked the same questions his abductors asked him.

Adeyemi said what was most disturbing was that policemen asked him how much he paid as ransom after he was released.

He said he was still traumatized by his experience at the kidnappers’ den until his family raised the sum of N2m to secure his freedom.

“I was returning from Abuja and after passing Kabba, I saw a man who was in Military camouflage at a spot in Akoko area of Ondo State.

“He was armed and stopped me. I tried to reverse but five others came out from behind. I was burgled out of my car. They also used machete on me. They ransacked my car and took everything inside. Police checkpoint was not far from there.

“Three of my abductors were in Army uniform. Others wore other uniforms. I was marched into the forest.

“I spent five days with them. They started with N100m negotiation and from there to N20m. They removed my sim from my phone and used their big phone which recorded all their conversation. They had a boss who used to come from outside to visit them.

“They spoke fulfide language. They said they were from Niger and was ready to take me across the border. They asked how much my car was worth.

“When I went to retrieve my car, the police said I should wait. They said I should make a statement. They asked me how much I paid. I said that was not the issue. They told me they knew about my abduction but they could not do anything. I even settled soldiers that claimed they retrieved my car.

“I decided to speak out for awareness. It was worrisome I was kidnapped at police checkpoint. The kidnappers made attempt to know my worth. Two of my friends were kidnapped in that same area in 2017 and 2019.

“Security around Akoko area in Ondo State is porous. There is no political will to bring it to a halt. As at last week, a friend of mine was kidnapped at that area. They also asked him how much is his car worth.”

MORE READING!  Police shot my 17-year-old niece in front of our canteen - Caterer

Related Topics:kidnapperPolicePolice checkpoint
Up Next

Woman gives birth to twins while in COVID-19 coma