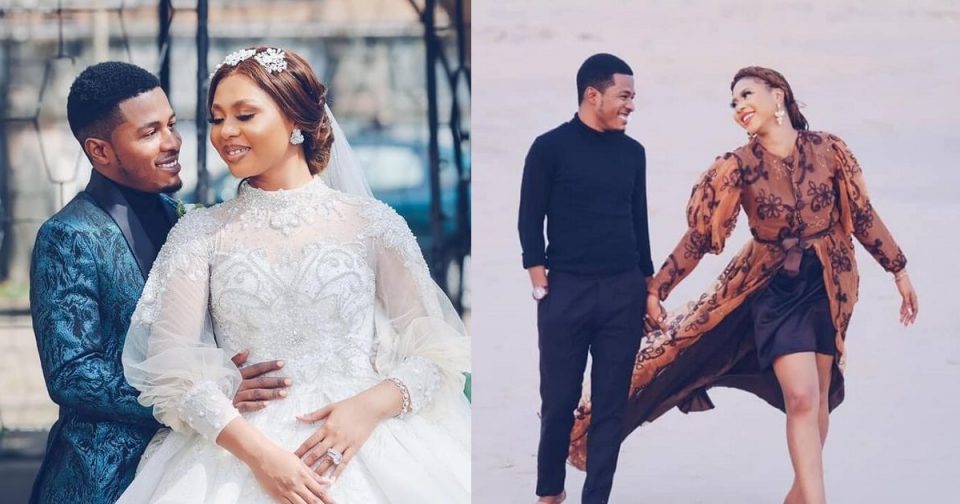 Nollywood actor, Samuel Ajibola, noted for his role as “Spiff” in the family drama series ‘The Johnsons’ has narrated how he met his wife.

He explained that they attended the same primary school and ended up sharing the same class.

“She was the class captain who ‘always’ write my name as a noisemaker,” he said.

The overjoyed actor further said today he is happily married and wouldn’t have asked for a better partner.

Read his tweets celebrating his wife below; 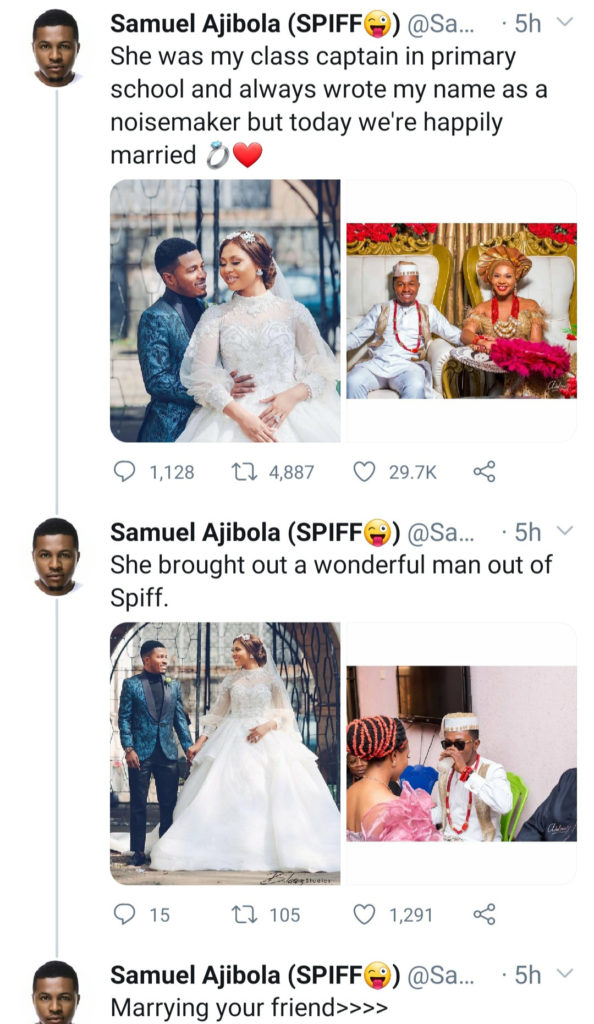 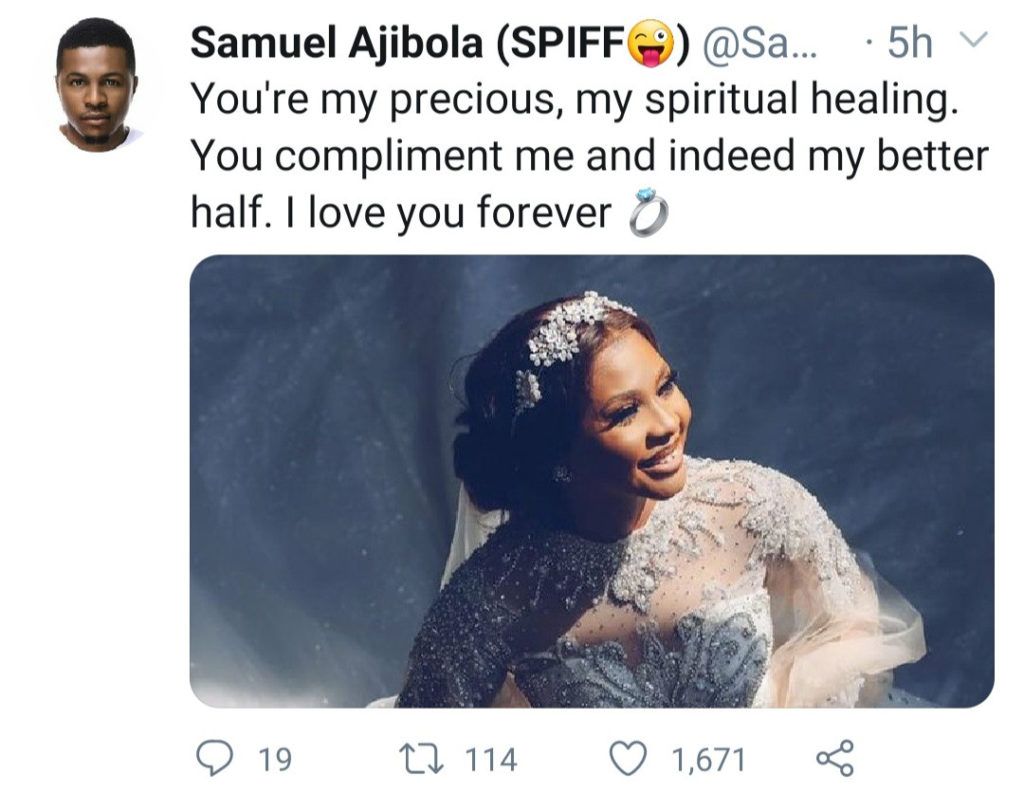