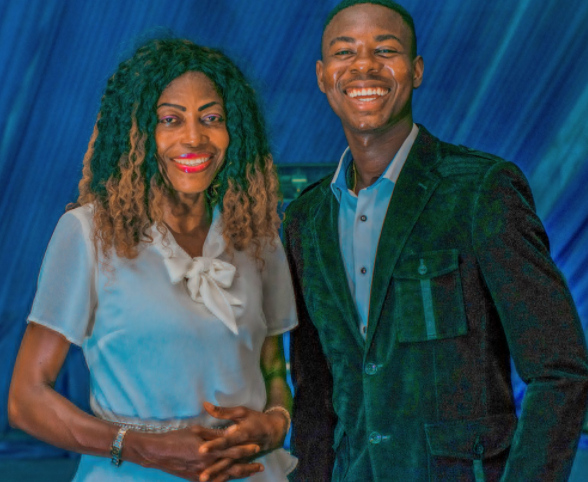 A Twitter user, @Gemdeconq7, has narrated how he found true love during an unforeseen circumstance.

According to @Gemdeconq7, about two years ago he took a normal commuter bus heading to his apartment in Oba, Anambra State, near where he had just established a welding company.

Along the way, at an area very close to a Metallurgical Institute along Owerri road Onitsha they met a police checkpoint.

@Gemdeconq7 stated that on a normal day, the driver would give the policemen their regular N50 bribe and they’d be on their way. But for some reason that day, the policeman had eyes on something else that would yield much more money.

Now, he was traveling with two bags and a carton that contained his old stereo speaker and was sitting directly behind the driver so the carton was just in front of him and the bags below.

The Policeman who seemed to be interested in what he was carrying then asked who owned the carton and what was inside it.

Responding quickly he acknowledged that it was his adding that it contained his stereo speaker.

The policeman then asked where the receipt of the speaker was and since he didn’t have it with him at the moment, he was asked to alight from the vehicle and bring the speaker with him.

“Where’s the receipt?” “I dont have it here with me” “Get down! Bring that speaker” *takes it to the police van. “Where did you steal it?”

“Sir it’s my speaker, I’m relocating from Onitsha to Oba that’s why…” “Shut up! I said where did you steal it?”

“Enter motor, you are going to explain yourself at the station”

@Gemdeconq7  said that three other policemen already jumped into the van to take him to the station. He said they turned on the ignition immediately. Everything was happening so fast. I was stunned, confused & in shock.

See more of the thread below;

There were three angry policemen ready to take me to the station and I knew for sure I wasn’t going to come out unscathed. The scariest part of it all was that I was going to pay for some utilities at my new welding shop so I had quite a substantial amount of money on me.