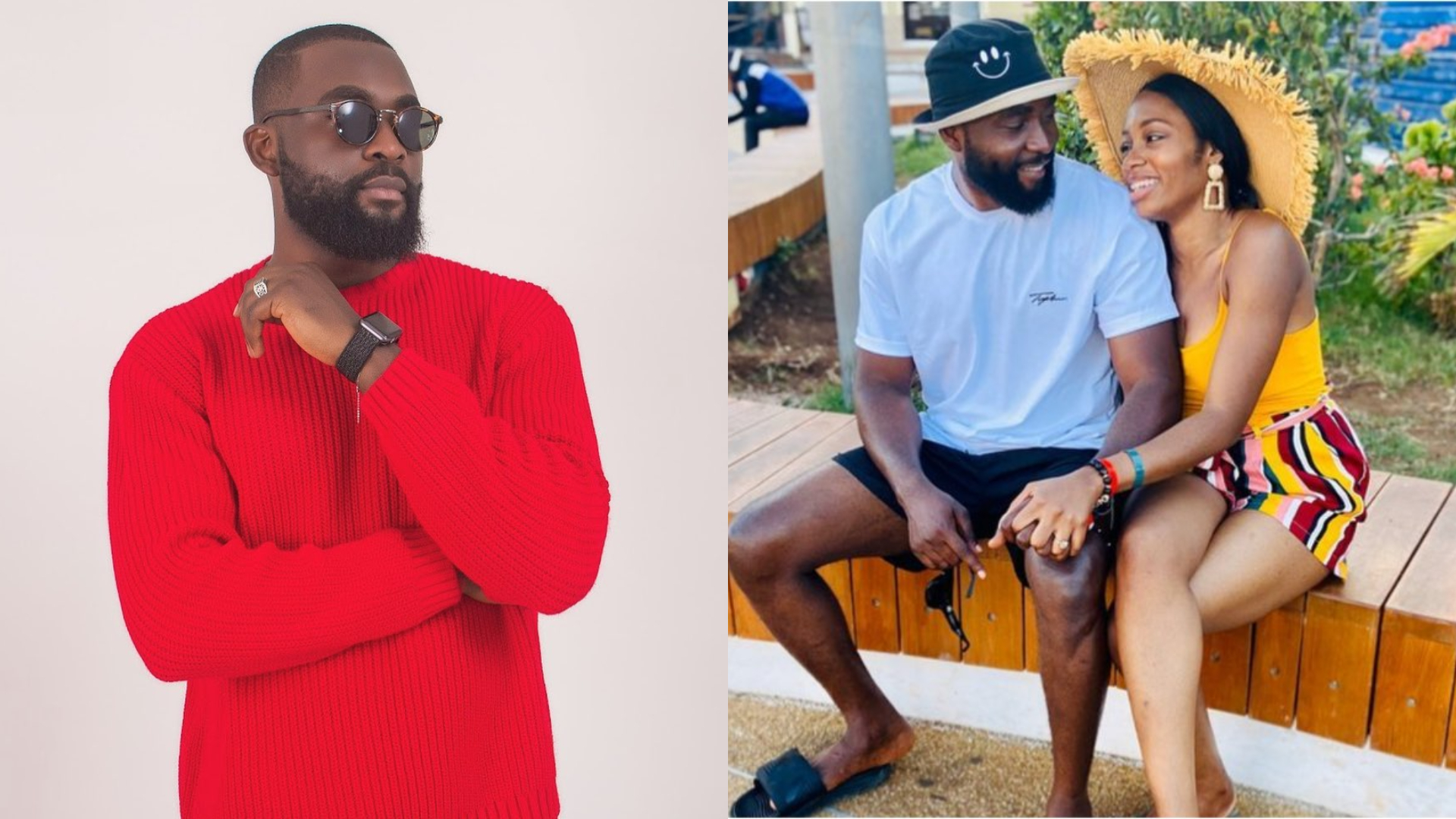 Big Brother Naija star, Gedoni has shared how he fell in love with his wife and colleague, Khafi Kareem on the reality TV show.

The reality star in an exclusive interview with Kemi Filani revealed their love was a love at first sight.

Gedoni further revealed that getting into the Big Brother house and starting a relationship were the last things on his mind as all he wanted was to promote his fashion business.

“When I came into big brother house love was the last thing on my mind. I went in with one thing in mind, and that was to promote my fashion business. But her voice attracted me, that was what made me look up, look again and again and still looking.

“I also noticed how she was particular about sharing love. It took me quite a while to get into the relationship because I didn’t understand why my heart was feeling the way it felt; so there was an internal battle between my heart and head.

“My biggest fear was the “game.” BBNaija house was a simulated environment and I was constantly reminded that it was a game and so, I had troubles separating what was real from what was not.”

”It’s an avalanche of qualities, I doubt if you have space for them; her beauty, intelligence, voice, her fashion sense (she had clothes and shoes I would never look at that fascinated me), and lots more.”

In other news, a woman has taken to social media to show off the expensive gift her boyfriend gave her to celebrate Valentine’s day.

According to the lady, her boyfriend gave her a N30 million Tesla car.
The lady took to Twitter with the handle @KhaParisDior to announce herself as the latest owner of the coveted whip.
She wrote:

“BEST VALENTINE EVER!!! thank you baby!!! #TelsaModelX.”
A quick search on the car identified as Tesla Model X showed that it is in the region of a Manufacturer’s Suggested Retail Price (MSRP) of $79,990 (N30 million).

Related Topics:FeaturedGedoniKhafi Kareem
Up Next

VIDEO: See how Rosy Meurer brother-zoned Churchill while denying relationship with him

Why I can’t be with only one woman, Don Jazzy reveals