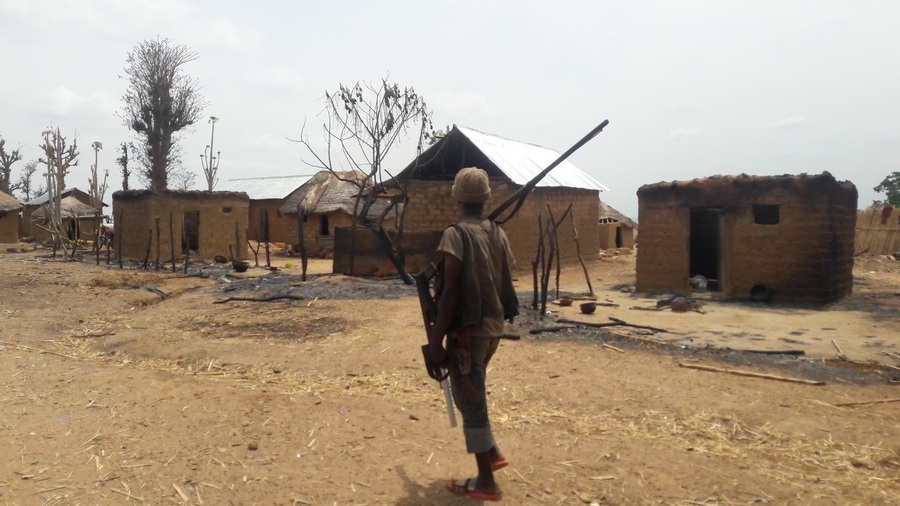 No fewer than three teachers were killed by the Boko Haram terrorist group during a recent siege on Geidam, a town in Yobe State.

According to Daily Trust, two of the teachers were shot dead at Government Technical School, Geidam while one was killed at a private residence.

The medium added that the identities of the teachers were not revealed.

Eyewitnesses reportedly said the terrorists invaded the town in a convoy of more than 20 gun trucks through the eastern flank, defying military formation.

They added that the insurgents also made attempts to recruit young persons in the town.

Houses belonging to civil servants and politicians were set ablaze after the looting of items that were reportedly distributed among the poor.

The telecommunication network was also disconnected, making it difficult for residents to reach out for help before they started fleeing in droves.

The terrifying situation compelled thousands of residents to flee their homes and seek refuge in neighbouring communities.

Many residents have said they would never forget the five-day occupation.