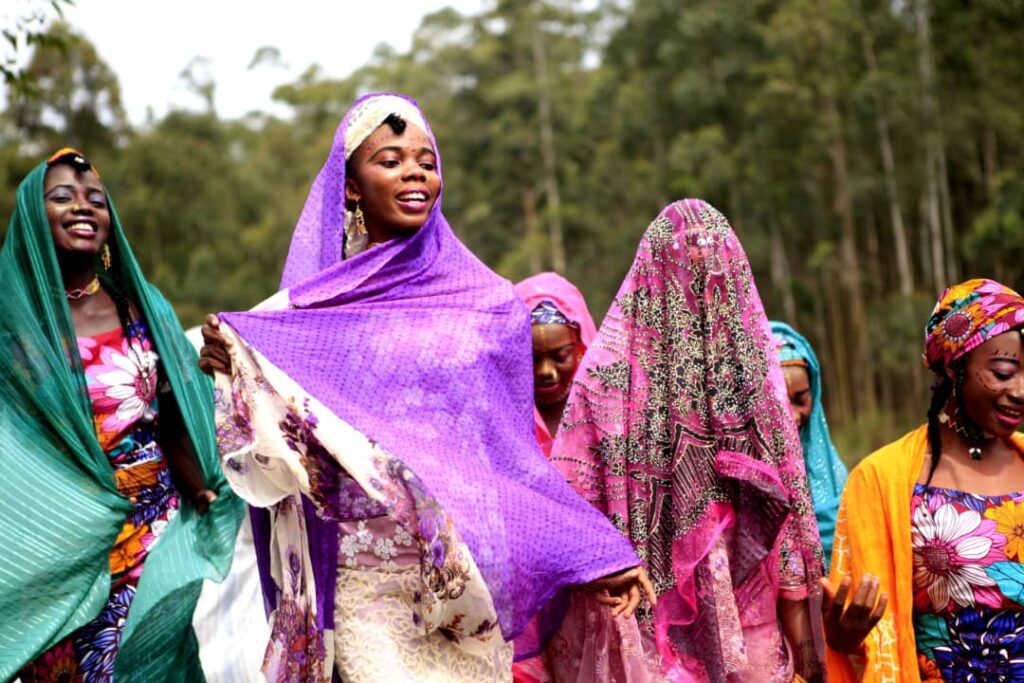 A Nigerian filmmaker, Desmond Ovbiagele has revealed the inspiration behind his movie “The Milkmaid” which is a contender for the upcoming 2021 Oscars International Films Category.

The Academy of Motion Picture Arts and Science would announce its nominations for the Academy Awards on March 15 in Los Angeles, U.S.A.

“The Milkmaid” tells the story of two sisters who were abducted from their village during the insurgency in Northeast Nigeria.

It has been submitted by Nigeria as its entry for international feature consideration at the upcoming Academy Awards.

Speaking with newsmen on Monday in Lagos, Ovbiagele said that the movie was inspired by the two iconic figures at the back of the 10 Naira note.

“The screenplay was inspired by the two iconic figures at the back of the 10 Naira note, those are the Fulani milkmaids who were carrying their calabashes.

“So I sought to imagine what would happen if the two characters were caught up in an insurgency situation. How would their lives play out and how would they adjust to the new way of life that would be imposed on them.

“In the process, we did extensive research on the world that these characters were living in and then tried to arrive at a narrative that was authentic to all the operators in that setting,” he said.

On the choice of language used in the movie, Ovbiagele said,

“one could have chosen the easier decision to shoot the film in the English language, but because we were striving for authenticity, we didn’t think it would be authentic enough for people in that rural area setting to speak `Queens English’.

“What they would normally speak would be Hausa and the Fulanis would speak Fulfude. This is how we arrived at the language used in the film,” he said.

The former Investment Banker turned Movie producer said that he was overwhelmed by the nomination of the movie for the Oscars adding that it was an accolade to reward the efforts of the cast and crew.

“My feelings were that of overwhelming, gratitude, obviously I was grateful that our film was selected out of a number of other high-quality films to represent Nigeria at the 93rd Oscars.

“I was particularly happy for my cast and crew who had put in their hearts, souls and put in so many personal sacrifices shooting this film for three months in Taraba State.

“Just because of the nature of the story and what we considered the significance of the message we were trying to portray through the story, they made so many sacrifices.

“To have their efforts and sacrifices rewarded with such a fantastic accolade. I am pleased to fly the flag of Nigeria at the Oscars, a Nation of 200 million people, the most prolific film making industry in the world by volume is a tremendous honor,” he said.

Asked if the likely emergence of his movie as an Oscars winner would be the breakthrough needed by Nollywood, to keep abreast of the mainstream international movie industry he said it was not for him to say.

“It is not for me to say that this is a breakthrough for Nollywood to keep abreast with the mainstream international film industry, it is for others to say.

“The ultimate judge is time, to see if the film has that impact. I hope the film would certainly contribute to bridging that gap between Nollywood and the international film industry.

“Obviously just by the nature of its honor of being selected and the platform that the selection has provided for the film to be shown in so many channels and outlets where Nigerian films may not necessarily have been shown.” He said.

In tackling the scourge of piracy, Ovbiagele said piracy can be checked by keeping close control of the circulation and the distribution of the film.

“It is the most important step to make sure the movie is only distributed among people with integrity that would not act in a criminal way regarding its content.

“Beyond that, the strategy of releasing films on DVDs in Nigeria is no more in prevalence with the emergence of various platforms like African Magic, IrokoTv, IbakaTv and Netflix.

“Filmmakers now gravitate towards these digital channels In addition to the theatrical release so the outlets prone to piracy are gradually being avoided.

Ovbiagele, who is the Managing Director of Danono Media, added that in spite of the ravages of the COVID-19 pandemic on the global entertainment industry, he was able to utilize the lockdown to be creative and productive.

“Also the lockdown period afforded me time for some internal soul searching to find out what sort of story I want to tell, the style, voice and to put pen on paper to articulate my thoughts into a number of scripts.

“I am looking to get the scripts which I was able to write during the lockdown into production as soon as I can and resources are available. Time will tell if they become blockbusters but they are stories which I feel passionate about,” he said.

The movie is also said to be eligible for the Oscars best international film category because the characters addressed each other in the Hausa, Arabic and Fulfulde languages spoken locally.

Related Topics:10 nairaFeaturedMilkmaidNairaoscars
Up Next