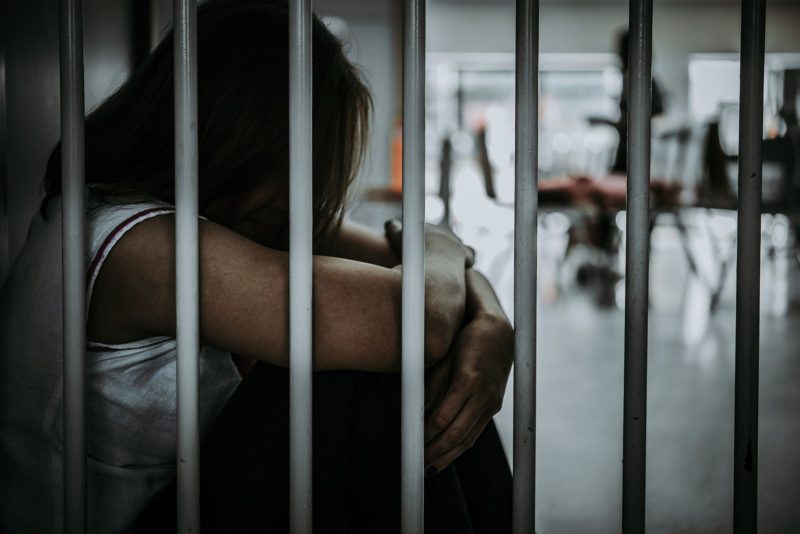 A housewife has allegedly stabbed her husband to death in Bauchi.

The woman identified as Salma Hassan is said to have allegedly stabbed him to death because she didn’t know that sex was a marital obligation.

Salma,18,  who is being detained by the Police Command in Bauchi, told newsmen that she killed her husband, Mohammed Mustafa because she thought he was “just trying to defile me”.

“I didn’t know that sex is a marital obligation. On that day, when he approached me for sex, I refused because I have never been involved in it before.

“I thought he wanted to rape me but he got angry and was trying to force himself on me. He started beating me.

“I picked up a knife to scare him away but he kept coming and I didn’t know when I stabbed him with the knife in his chest,” she said.

Salma further explained that she had already given her statement to the Police and did not know what would become her fate.

“I wouldn’t have done it if I knew better about marital obligations,” she claimed.

Newsmen report that the suspect was paraded before newsmen in the north-eastern state’s capital.

Mr Philip Maku, Police Commissioner in the state, also showed newsmen a knife Salma allegedly used to commit the crime at her home in Itas-Gadau Local Government Area of the state.

The Police officer explained that the suspect was arrested on April 24.

“On April 24, one Haruna Musa, a resident of Itas-Gadau, reported the matter at Itas-Gadau Division. He complained that one Salma Hassan stabbed her husband.

“The husband, Mohammed Mustapha, was stabbed on the chest. He sustained injuries and was rushed to the General hospital, Itas–Gadau for treatment but died soon after arriving at the facility.

While answering questions from Journalists, Salma said she stabbed her man because she didn’t know that sex was just another part of marriage.

“I thought he was just trying to defile me. No one told me about this aspect of a marital union,” the young woman said.