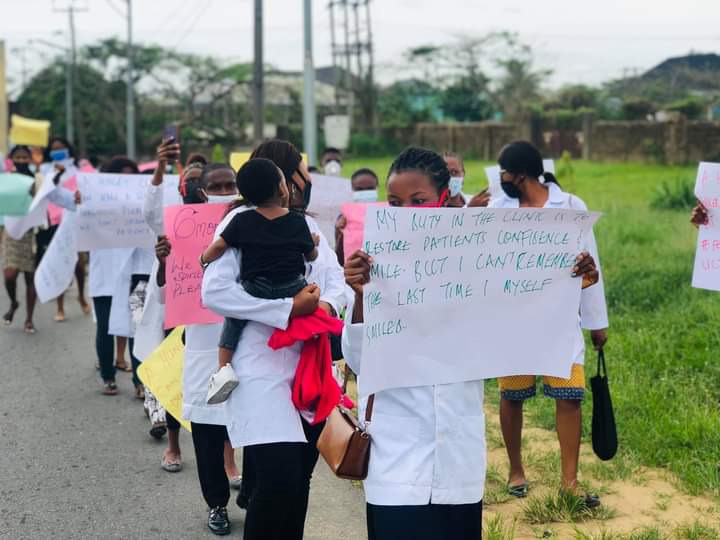 The Federal Government has reacted swiftly to media reports indicating that it has removed the monthly payment of medical house officers and interns on the existing Consolidated Medical Salary Scale (CONMESS) from its civil service payroll.

In a statement signed and issued by Director, Press and Public Relations, Office of the Head of Civil Service, AbdulGaniyu Aminu, the government described the report as incorrect.

Recall that WuzupNigeria earlier reported how a circular issued on April 12 by Head of Civil Service, Dr. Folashade Yemi-Esan ordered an immediate removal of house officers and interns’ remuneration from civil service payroll.

It stated that the decision to scrap the payment was reviewed through the National Council of Establishment (NCE), which is the highest decision making body in the civil service, at its 42nd meeting held in Lagos on November 30, 2020.

Consequently, the news generated backlash from health professionals, especially from the Association of Resident Doctors which saw the directive as affront to the medical profession.

Many also feared that the development may not be unconnected to recent protests and outrage on social media over non-payment or partial remunerations made to house officers and interns.

However, the same office though its spokesman had stated that the circular on internship programme in public service does not in any way suggest or prescribe the discontinuance of remuneration, salaries and earned allowances for interns as being speculated.

The recent statement released read in part, “The attention of the Office of the Head of the Civil Service of the Federation has been drawn to publications making the rounds on social media platforms with regard to the ” Establishment Circular” on the above subject.

“The Circular does not in any way suggest or prescribe the discontinuance of remuneration, salaries and earned allowances for interns as being speculated.

“Moreover, internship is a period of work experience offered by an organization for a specified period of time. It is typically undertaken by students and fresh graduates to gain relevant skills in a particular field before being admitted as practitioners of the particular profession; and

“The Schemes of Service details the requirements for full employment and career progression within the Civil/Public Service.

“It is important to reiterate that the circular does not seek to alter the wage structures of the internship programmes of different professions.

“The above clarifications are for the avoidance of doubt and further guidance,” it stated.

Related Topics:circular misinterpreted – FGFeaturedFGHouse officers’ salaries not scrapped
Up Next