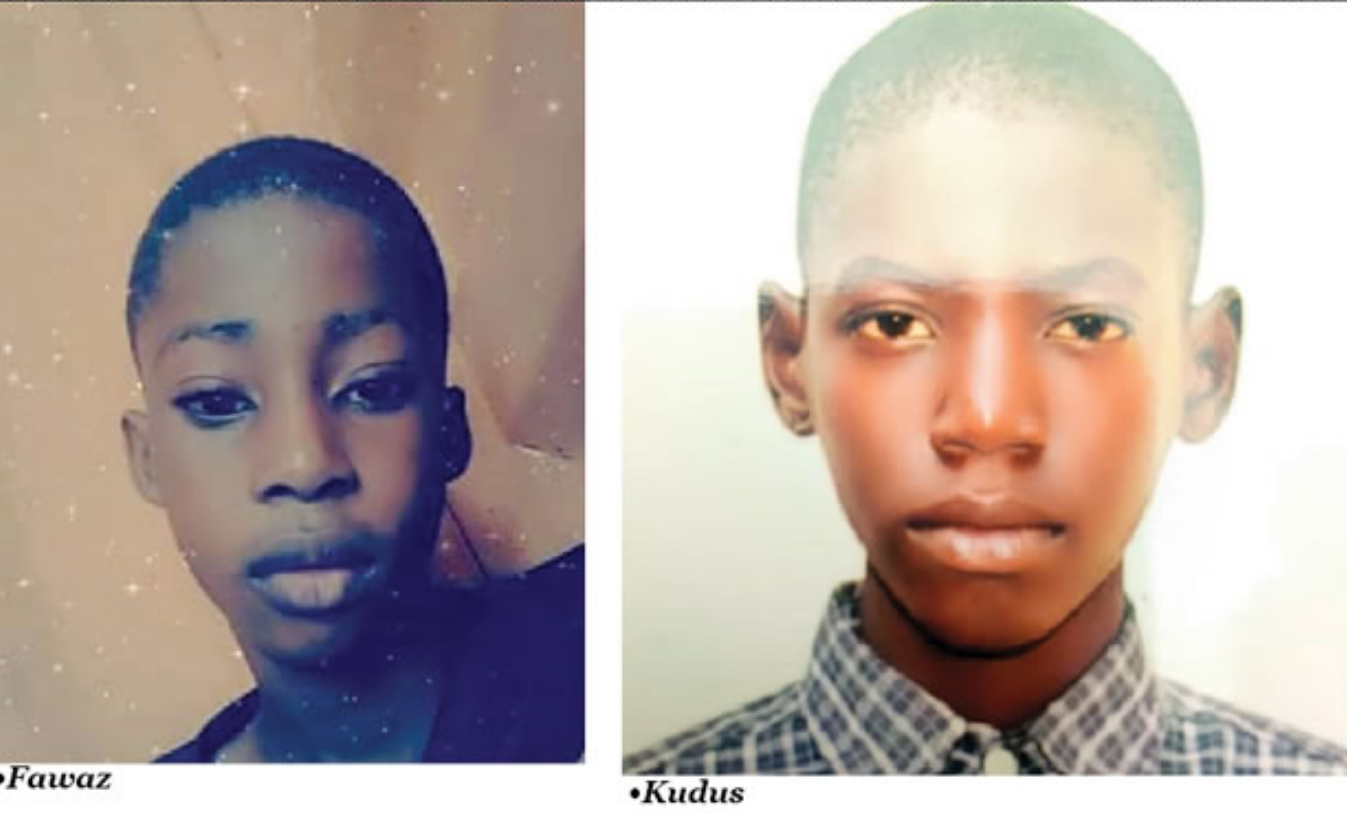 The clothes worn by two 14-year-old friends and classmates, Fawaz Surajudeen and Kudus Oseni, on the day they went missing have been discovered in an abandoned building within their neighbourhood.

The duo, who reside on Igbonla Street, Ketu, Lagos State, went missing on Sunday, January 31 and had not returned home since. The case was reported at the Alapere Police Station.

It was learnt that three neighbours identified simply as Fatai, Adam and Kehinde, have been arrested in connection with the disappearance of the two Senior Secondary School 1 pupils.

It was gathered that the families got a pointer to the children’s whereabouts last week when some people claimed to have seen them with Fatai around a river at Agboyi, a neighbouring community.

Kudus’ aunt, Taiwo, said the police were informed about the development and Fatai, said to be about 18 years old, was arrested.

“Three persons, Fatai, Adam and Kehinde, have been arrested. Fatai is over 18 years old while Adam and Kehinde are 14. We are all neighbours. They (Adam and Kehinde) told us that Fatai met four of them, including Kudus and Fawaz outside that Sunday playing and he told them to follow him somewhere.

“They said when they got to Agboyi River; he took Kudus and Fawaz across the water and asked them to wait for him. They said they ran away and when he later saw them, he threatened to kill them if they told anybody that he took Fawaz and Kudus somewhere.

“It was some people around that river who told us that they saw Fatai with four of them. We reported to the police and he was arrested last Thursday. He said his mum had told him to take the children to a man living across Agboyi River and that she already discussed with the man.”

Taiye explained that Fatai later led the police to an abandoned building within the community where their (Fawaz and Kudus’) clothes were found, adding that Fatai’s mother was also detained but released after two days without the affected families’ knowledge.

“We got to the police station on Monday and found out that she had been released. The IPO told us that she was complaining of stomach ache and was released to go to a hospital.

Fawaz’s mother, Bose, while confirming Taiye’s account, said the case had been transferred to the State Criminal Investigation and Intelligence Department, Panti, Yaba, for further investigation.

The state Police Public Relations Officer, CSP Muyiwa Adejobi, said the SCIID would look into the matter to unravel the circumstances surrounding the children’s missing.

“We learnt that five of them went to Agboyi river to swim and two of them drowned. Their clothes were recovered and the three others are in SCIID for investigation. The SCIID will look into the matter and uncover the circumstances surrounding the incident.”

Siblings kill each other with ‘charms’ over farmland in Benue