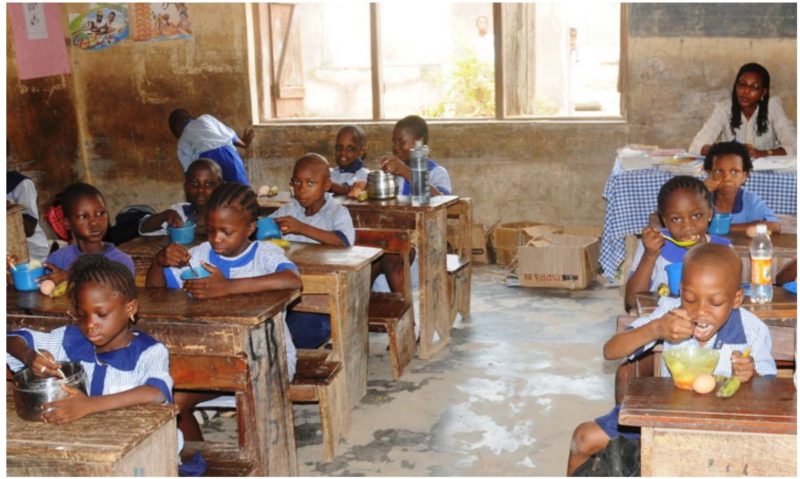 A Non-Governmental Organisation, Connecting Gender for Development, has alleged that teachers are taking food rations meant for pupils in some schools in Kaduna State.

According to the Cable, Rachael Musa, one of the monitors of the project, said this during a town hall meeting on the federal government’s home-grown school feeding programme.

Musa spoke at the meeting which held in Kafanchan, Jema’a local government area of the state, on Wednesday.

She revealed that the ration for the children does not usually go round.

Musa also said though every child was supposed to be given an egg once a week, the egg does not usually go round because of short supply.

Similarly, Monday John, another monitor, alleged that some politicians were collecting money from food vendors on the grounds that they were not members of the ruling All Progressive Congress .

John said some members of the Peoples Democratic Party have equally stopped their children from eating the food, saying it could be poisoned.

He described the development as serious, and urged those involved to stop the act so as not to sabotage the programme.

VIDEO! Police brutalise lawyer for demanding his salary from employer

IT WAS WAR! How I fought and survived homophobia, Nigerian gay man