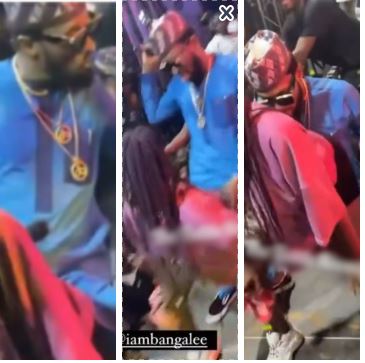 A viral video of the singing sensation, who was spotted ‘aggressively rocking’ a lady while putting up a five-star performance at Obi Cubana’s mum’s burial in Oba, Anambra state, has stirred reactions online last night.

This development is coming less than two months after Banga Lee vowed to have given his life to Christ and become born again.

The singer recently declared at a Christian concert in Abuja that he was born again. He shared the story of how God restored him after he lost his son.

However, it was a different D’banj that turned up in Anambra at Cubana’s occasion.

The popular Afro Pop singer thrilled guests at the party endlessly as he continually churned out his hit songs.

The video has generated reactions, hilariously though, as many social media users wanted to know what happened to the emotional singer who once announced to the world that he has become born again.

Many of the netizens who took to Instagram queried his claim.

A post shared by The Tattle Room 🇳🇬 🌎 (@thetattleroomng)

The first hilarious came from a certain @justgracie_14 who teased, “Dbanj don go collect back the life wey he give Christ o😂😂”.

@abiodunosagie1 wrote, “Nor be this one give e life to Christ😂”. 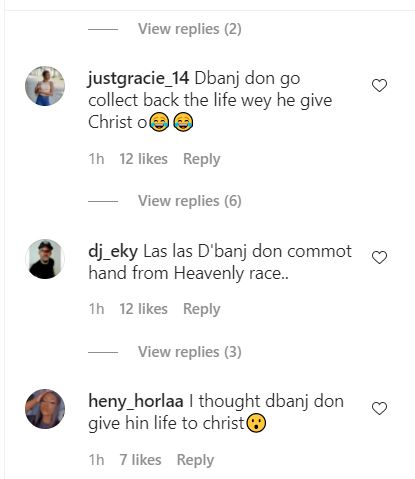 Related Topics:D'banjFeaturedObi Cubana
Up Next

13 things to know about Obi Cubana