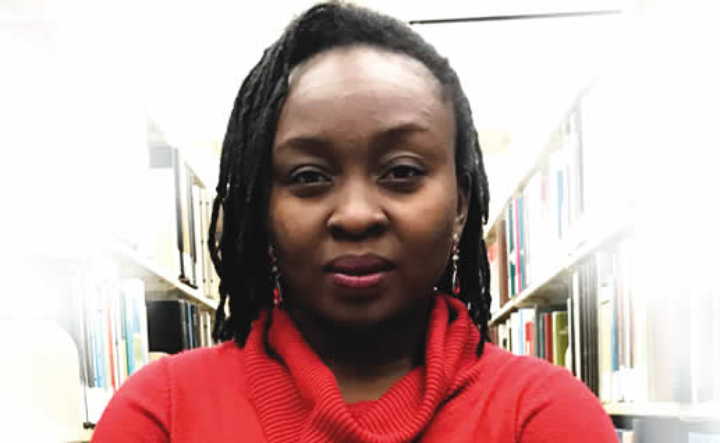 A bill to end “hijab discrimination” has reportedly passed second reading in the House of Representatives. Sponsored by Rep. Saidu Musa Abdullahi of Niger State, the bill, “Religious Discrimination (Prohibition, Prevention) Bill, 2021,” is supposed to protect hijab wearers from various forms of discrimination. Abdullahi was, of course, reacting to the ongoing hijab war in Kwara State that had degenerated into skirmishes. Just as it happened in Osun, Oyo, and Lagos states too, schools considered “Christian” are putting their feet down against their Muslim female students wearing hijab within their premises. Abdullahi managed to dredge up a few other instances of women who have been refrained from performing certain duties on account of their wearing hijab and added that the issue needs to be addressed once and for all.

In Nigeria, a Muslim can petition a whole Inspector-General of Police and threaten violence if an atheist whose opinions unsettle him is not dealt with, and the letter would be honoured in less than 24 hours. Even more shocking, the target of that attack has been indefinitely incarcerated without trial. In Nigeria, a Muslim would petition the Police IG saying that a woman who posted a photograph of herself on Instagram had blasphemed, and then threatened the issue could degenerate into violence. The woman in question almost went into exile even after she withdrew the photo, donned a hijab, and virtually begged for her life. In another country, those that threatened her would have at least been arrested, but not Nigeria. When a religion that can pull those kinds of stunts alleges discrimination, you want to take a closer look.

What is at stake is a bigger problem that the bill before the lawmakers cannot simply fix.

People have serially argued that as long as the schools in question are funded by the state, the Christian administrators cannot disallow religious apparel. I admit I find it hard to get behind this argument because even private organisations should be discouraged from denying people the right to making choices. Advancing any legitimate grounds for denying young women the right to self-expression so that they can get an education backfires when a woman wears supposedly revealing dresses.

The other concern with the argument about school funding is its belatedness. Most government-funded institutions in Nigeria have long been ghettoised, long ceded to communities of religion, tribe, and even clans. The government itself has indulged the provincialisation of public spaces. For instance, it does not matter that Usman Dan Fodio University is federally-funded, a Christian southerner is not about to become their vice-chancellor anytime soon. You can say the same of the University of Nigeria in Nsukka electing a Muslim northerner as VC. Our parochialism has reached the point that Ibadan elders even insisted that the University of Ibadan’s incoming VC must be Ibadan. We are no longer talking about non-Yoruba; even fellow Yoruba outside their local enclaves were disqualified. In some places, such an appointee must belong to a specific religion or a specified religious denomination. Forget who funds these institutions, we are dealing with serious malaises. What those that say they do not want hijab wearers in their school are fighting against is a gentrification of the spaces that they have arrogated to themselves on the basis of religion.

Then, there is the “tolerance” argument. Apart from the condescension embedded in looking down from a height to “tolerate” other people’s religious expressions, intolerance is another institutionalised behaviour in Nigeria. People will claim that their religion does not allow them to consume alcohol, destroy the private property of non-Muslim entrepreneurs who sell beer, and will be allowed to get away with it. How come the argument about tolerance never comes up to restrain them from regulating other’s personal choices? In that same Ilorin facing an ongoing hijab crisis, a federally-funded university announced a dress code for their students -most of whom are legal adults- based on the private values of some of their administrators. What gives them the right to do it but stops secondary schools with Christian administrators from doing the same.

The bigger problem here is that Nigeria does not have a defined set of values to defer in times like this. Our pluralist country runs on the opinions of individuals and groups of people within a space where they have managed to capture power, not universal values. In a 2017 article on this hijab issue, I made a similar point. That time, it was the case of Firdaus Amasa, who had insisted on wearing a hijab to her call to bar ceremony. Then Nigeria Bar Association president quickly jumped into the issue to point out his lawyer daughter was allowed to wear her hijab in New York, USA. I also pointed out to him that in that same New York, gay people get married. Will the Nigerians who beat everyone on the head with “tolerance” over hijab demonstrate the same liberal tendencies if the issue was about sexuality? Hardly. Selectively reaching for instances of diversity in western nations to make certain arguments while overlooking the whole package is dubious. That kind of ideological transvestitism is why the problem recurs.

As things stand, the hijab war is unwinnable for everyone. Asking Christian school administrators to accommodate the hijab wearers is making them give up something for Muslims who would act the same way as the Christians are doing if they faced a similar situation. The contest is no longer about a sartorial assertion of one’s faith but a test of boundaries that will affirm the right of one to dominate the other. With the vandalisation of property and physical assaults carried out by supposedly religious parents, pushing girls in hijab into those schools will make for bad blood that might imperil their education. We need less acrimonious solutions than a legislative fiat.

We are at an impasse, facing a problem sponsored by our leaders who have indulged and manipulated religious and tribal sentiments at the expense of social cohesiveness. The fight is about hijab, yes, but we also contend a lack of standards guiding social relations. Unfortunately, Nigeria as a national concept has no moral content or internal integrity. When some other countries face a similar crisis, they sometimes say, “this is not who we are” to motivate themselves to look beyond certain irritations and rise to a level of exemplary virtues that correspond with the myths of their national character. What defining values does Nigeria have that suffice here? That is why alluding to liberal orthodoxies most people hardly subscribe to-or running to the Internet to dig up photos of hijab wearers in supposedly Christian nations as evidence of “tolerance”-has been futile.

To some extent, the law should have been that respectable moral authority to settle these differences and recursively shape how we understand and approach these issues in the future. However, the same problems of nepotism and corruption that affect the rest of Nigeria also plague the institutions of justice. They are hardly perceived as neutral arbiters anymore. We are a religious nation, but we cannot draw on our respective faiths since what is dividing us is God himself.

Without confronting the underlining issues, rushing to make a law to institutionalise hijab is only treating the symptoms of malignant disease. The resentment that will follow that decision will crop up in other issues, and we will soon be back at square one, vituperating at one another. There is no solution in imposing a law that will merely allow hijab in places where they are not wanted but has no universal purchase. If the law against “religious discrimination” does not make a similar demand of open-mindedness on those who routinely petition the police IG to threaten violence and breakdown of public peace over personal differences, it is a pure waste of time.

Related Topics:HijabMuslim female students
Up Next