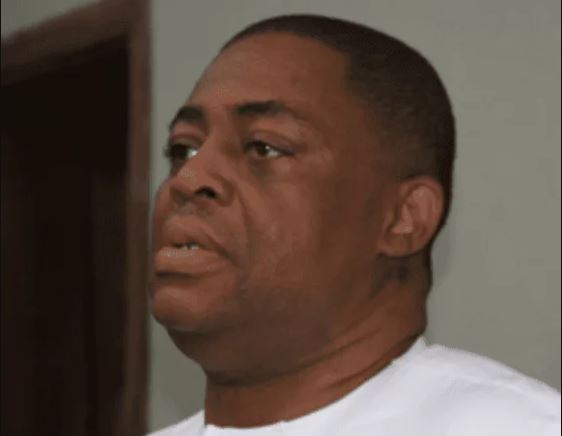 Former Aviation Minister, Femi Fani Kayode has attacked the Presidency for saying that herdsmen who were given an ultimatum by Governor Rotimi Akeredolu to vacate Ondo forest reserves have rights to reside there.

Recall that the Presidency had while calling for restraint from both sides said:

“It will be the least expected to unilaterally oust thousands of herders who have lived all their lives in the state on account of the infiltration of the forests by criminals.”

A statement issued by President Muhammadu Buhari’s Senior Special Assistant on Media and Publicity, Garba Shehu had urged the state government and the leadership of the Fulani communities to continue their dialogue for a good understanding that will bring to an urgent end the nightmarish security challenges.

But reacting, Fani Kayode in a tweet on Wednesday said that the assertion by Garba Shehu that herdsmen have a right to reside in the forests of Ondo and South-West was ‘insulting, provocative, asinine and absurd.’

“Quit notices cannot be given to law-abiding citizens in any part of Nigeria but must be given to those that kill, steal and seek to destroy the lives of others. Murderous terrorists and bloodthirsty and evil men that hide in the forest to ambush, kidnap, kill and destroy innocent and hardworking men and women have no constitutional rights.

“It is the duty of Governnent to not only flush them out from whichever hole they are hiding but also to despatch them to hell where they belong.

“Akeredolu has done and said the right thing and I urge every single SW Governor to do the same. Fulanis, Hausas, Igbos, Ijaws and all Nigerians are welcome in the SW but terrorists, bandits, killers and unhinged, blood-lusting and bloodthirsty psychopaths and sociopaths are not.”

Related Topics:AkeredoluFani Kayode
Up Next