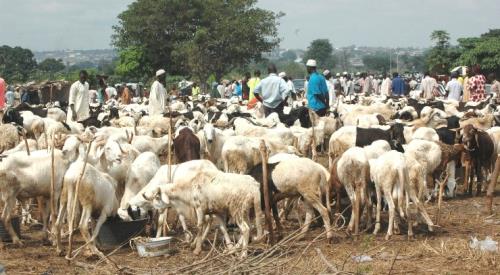 Suspected Fulani herders have reportedly killed no fewer than 117 people in Benue and Plateau state.

It was gathered that over 100 persons were killed in Katsina-Ala Local Council of Benue by the marauding herders while 17 others were reportedly killed in Dong Village of Jos South Local Council, Plateau.

The herders were said to have begun raiding and burning residential houses as well as farmlands on Friday night till Monday morning, The Guardian reported.

The Chairman of Katsina-Ala Local Council, Alfred Atera, who confirmed the fatality figure, listed the areas affected to include, Yooyo, Utange, Mbatura/Mberev and Mbayongo, the paper added.

Atera lamented that his people were scampering for safety as the armed herdsmen shot sporadically and littered dead bodies.

In Plateau, about 17 people were reportedly killed in Dong Village of Jos South Local Council by suspected herders, a figure disputed by the Plateau State Police Command.

“A combined team of policemen, special task force known as Operation Safe Haven (OPSH) and vigilante operatives, led by the Deputy Commissioner of Police, Department of Operation, raced swiftly to the scene, but the hoodlums had already fled back into the bush.”

He added that the investigation was ongoing.