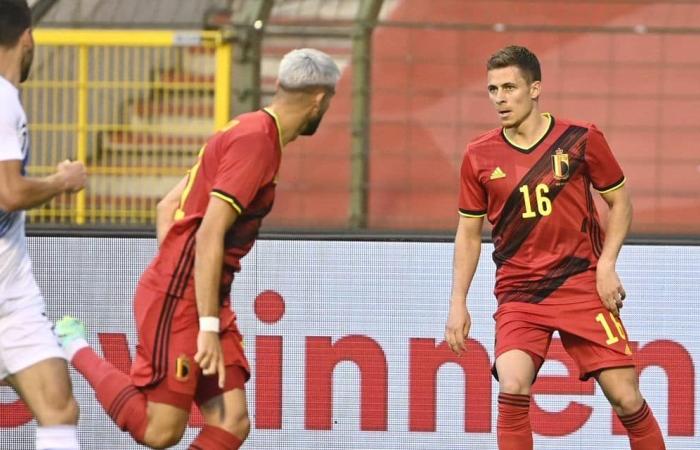 Thorgan Hazard scored the only goal for the Red Devils of Belgium as they were held to a 1-1 draw by Greece in their International friendly on Thursday evening.

Roberto Martínez’s side were without injured Kevin DeBruyne and Real Madrid’s Eden Hazard as they faced the Greek national team at the Stade Roi Baudouin in Brussel ahead of the Euro 2020 Championship holding later this month.

Borussia Dortmund’s Thorgan stepped up in the absence of his brother, Eden, by giving the Red Devils the lead after 20 minutes after being teed up by Yannick Carrasco.

Belgium took the lead into the break but were pegged back after 21 minutes into the second half as Georgios Tzavellas pulled on back for the Greeks to ensure both teams shared the spoils.