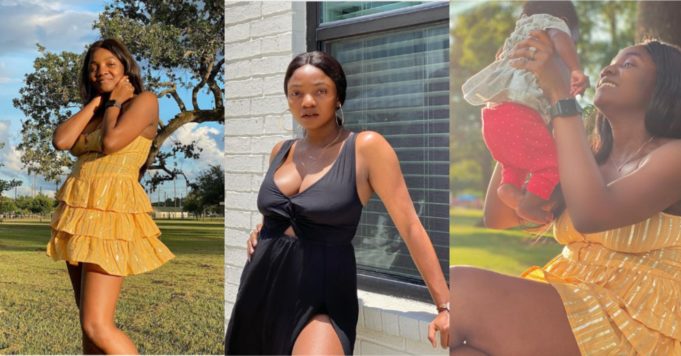 Award-winning singer, Simi, has revealed how giving birth to a female child has made her feel.

The mother of one stated that knowing that she can’t control her daughter getting hurt, sad, insecure, in pain, confused or afraid, has made her the most vulnerable she has been in life.

She further said that she wants to be the best example for her daughter.

“Having a daughter has made me so vulnerable. I want her to never be hurt, sad, insecure, in pain, confused or afraid. The fact I won’t always be able to control these things has made me the most vulnerable I’ve ever been in my life.

I have to be the best example for her. So help me God.” 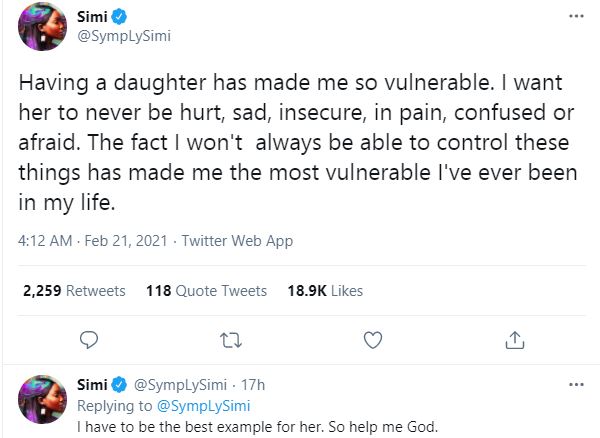 In other news, Controversial Nigerian crossdresser, James Brown took to the microblogging platform, Twitter, to make a shocking revelation surrounding his birth.

He revealed how his mother’s sister tried to abort him a day before he was born.

According to James, his mother heard a message from a prophet who asked her not to abort him or she will die.