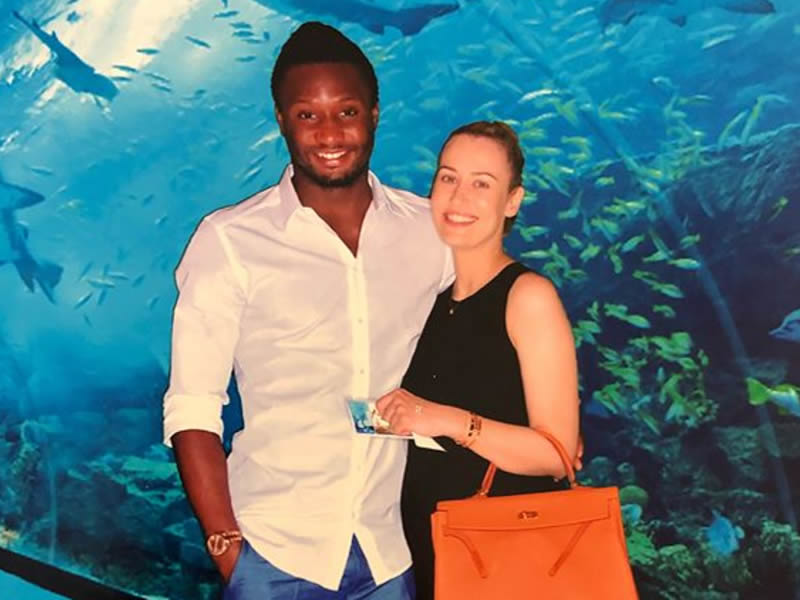 Mikel Obi’s Russian partner, Olga Diyachenko Alegra, has said it’s’shocking to realise that people are ecstatic to hear that all is not well with her and the former Nigerian professional footballer who now plays as a midfielder for Turkish club Trabzonspor.

The mother of two was reacting to viral reports claiming that she is not happy with Mikel after he left England for Turkey.

The reports had also said that their relationship has gone sour “.

However, Olga in a statement on her Insta tories slammed haters saying hate liking is their full-time job.

Further expressing her disappointment, Olga also said that the comments from her and Mikel’s followers show that people are only happy when someone else isn’t doing well.

“What’s most shocking is how happy many of you are so happy, I would even say ecstatic to read the “news”.

“I mean you guys counted how much money I’d get, he would get and how would child support work out. Oh, and how all of you “warned,” him not to marry a white woman.

“Says a lot about majority of mine and Mikel’s followers, hate liking is your full-time job.

“Looks like most of you are only happy when you hear that someone else isn’t doing well. Well done! You guys are real winners in life.

“I’m not even gonna comment as it’s too belittling, but thanks for expressing how must of you thrul feel about our family.”

WuzupNaija gathered that AOIFootball.com reported that Olga threatened to leave Mikel’s Obi after his move. The media outfit said;

“I can confirm to you that all is not seemingly fine with them. Olga doesn’t like the city and has taken the children back to their base.

“In fact, she warned him against the move to Turkey but he convinced her about it. Now she came visiting and doesn’t like it; the kids do not also like it there in Turkey which could now be a problem for Mikel.

‘Now Olga has told Mikel that she won’t return to visit him again which means he won’t also see the kids, leaving Mikel with only the chance of seeing his family in December during the Christmas break, a decision which I understand has left him sad and may unsettle him.”