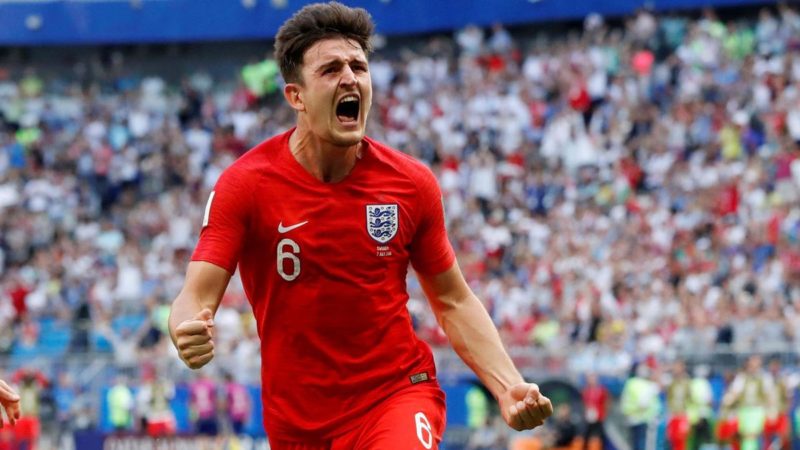 England defender and Manchester United captain Harry Maguire was today convicted of all charges after a brawl at the Greek holiday island of Mykonos.

Maguire, 27, was found guilty of assaulting police, verbal abuse, and attempted bribery after the alleged fight in the early hours of last Friday.

His brother Joe who plays for non-league team Ilkeston Town was also found guilty of assault, attacking police and attempted bribery while a third man, 29-year-old Christopher Sharman, was guilty of two assault charges and another of verbal abuse.

All three had denied the charges based on the evidence of four policemen and the verdict plunges Maguire’s international career into doubt, even though he was today named in England’s squad for the UEFA Nations League tournament by coach Gareth Southgate.

However, before the verdict came in, the Three Lions boss warned Maguire’s place could be at risk could be dropped ‘if facts or information changes.’

The court heard today how Maguire told Greek police ‘don’t you know who I am? I’m the captain of Man Utd’, before attempting to bribe officers after his chaotic bar brawl in Mykonos last week.

The £85m star flew home on Sunday and remained in the UK ahead of his trial.

His lawyers represented him in court and his father Alan arrived shortly after 11am local time ahead of the trial.

Today, Maguire’s lawyer claimed in court that the footballer’s sister Daisy was injected with a date rape drug by two mysterious Albanian men outside the bar the defendants were at.

Daisy collapsed, triggering a brawl, and police rushed to the scene, with the Albanians fleeing, the court was told.

The court heard that Maguire and his group asked to be taken to hospital after the brawl, but were stopped by undercover police.

After more violent clashes, the three accused were driven to a police station, where officers kicked Maguire on the leg and told him:

“Your career is over.”

He claimed the footballer and his brother Joe tried to bribe officers, with Harry saying: ‘Do you know who I am? I am the captain of Manchester United. I am very rich. I can give you money. I can pay you, please let us go.’

The court also heard that Maguire said ‘f*** the police both inside and outside the station.

Maguire’s friend Ashden Morley told the court that the Manchester United captain feared that he was being kidnapped or robbed when they were stopped by undercover police officers.

Mr Morley, a quantity surveyor from Sheffield and a childhood friend of Harry and Joe, said that the incident with the police started as the group returned to their minibus following a night out.

He said that Harry’s sister Daisy had been approached by ‘two Albanian looking men’ as some of the group wen to buy burgers and kebabs at around midnight.

“Daisy was sat down about three metres away from us. She was approached by two Albanian looking gentlemen who asked her where she was from and she replied ‘Sheffield.’

“They continued to stick around Daisy. Fern (Harry’s fiancé) then noticed that her eyes were rolling into the back of her head. So, she rushed across to Daisy. She then began fitting.

“All the girls started screaming, other people were coming down and there was a real commotion.”

When asked by the Greek public prosecutor how Mr Morley knew the men were Albanian, he replied: ‘Because they looked it and had an Albanian nature.’

The court heard that Maguire and his pals rushed off in a minibus to take her to hospital.

They then realised they were being followed by two cars behind them before the vehicle pulled up in a courtyard.

It has since been established the group of men in these cars were undercover police officers.

“The van we were in stopped and the door was pulled open by a man. We thought we were either being robbed or kidnapped. Everybody was very scared.”