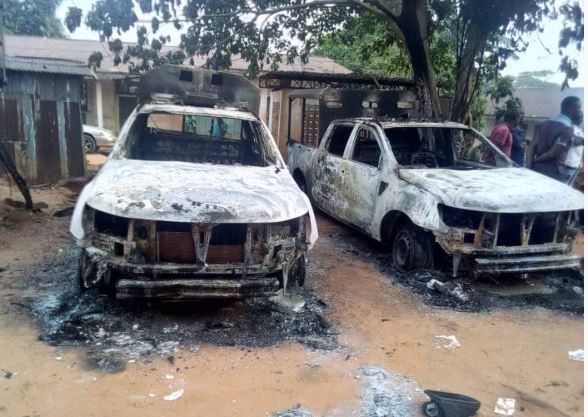 The hoodlums, who were reportedly black and red beret, reportedly threw residents in the area into pandemonium when they stormed the station around noon on Tuesday and started shooting sporadically into the air.

The attackers, suspected to be members of the outlawed Indigenous People of Biafra (IPOB), left hundreds of people, especially parents going to pick their children from schools, trapped along the popular Okigwe-Owerri road, the Daily Trust reported.

No fewer than five policemen were reportedly killed in the attack while the station was razed and some vehicles were also burnt down.

Police Public Relations Officer in the state, Daniel Ndukwe, confirmed the incident but did not go into details.

Security formations and government facilities have been targeted since the outlawed group launched a campaign of violence.

Although IPOB has consistently denied being responsible for the attacks, the police have linked the armed gang to the incidents.