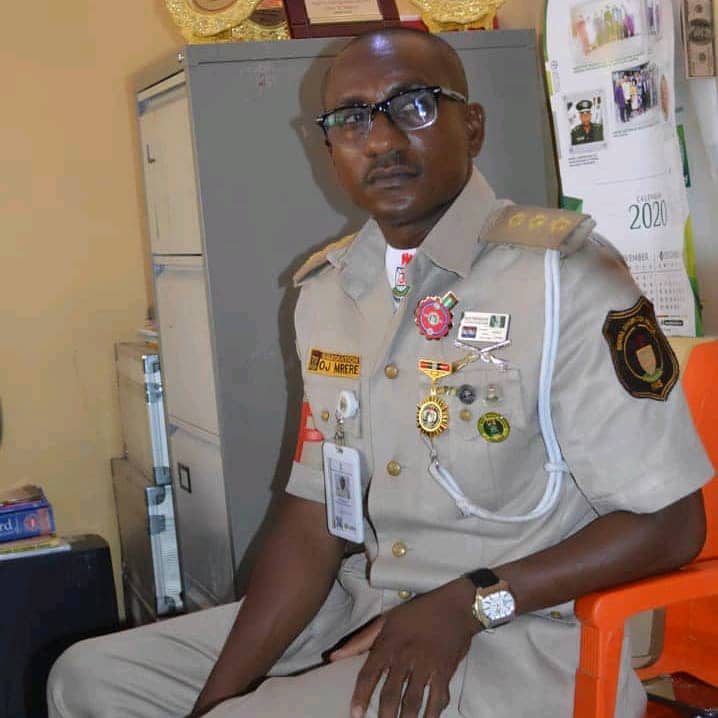 The Chief Provost of Nigerian Immigration Service (Imo command), Okiemute Mrere, has reportedly been shot to death in the state.

was killed on Saturday night along Owerri-Port Harcourt Road the PUNCH reports.

A senior officer who confirmed the incident said that the slain officer’s corpse was discovered in a bush on Sunday morning.

Mrere was riding a Hilux van belonging to NIS when he was allegedly waylaid, shot and killed.

The source said that the assailants did not take the victim’s service pistol which was found on him when his corpse was discovered the next day.

His official Hilux van as of the time he was attacked was said to have been riddled with bullet holes.

“The chief provost of Nigerian Immigration Service, Imo state command, Okiemute Mrere, has been assassinated. He was killed on Saturday night. He was riding in his official Hilux van when he was attacked, shot and killed.

“His corpse was discovered the next day which was on Sunday morning. Nothing was taken from him, not even his service pistol. His vehicle was riddled in bullets holes.”

The command is quiet. There is panic as officers are dumbfounded by this tragic development.

She also refused to respond to a text message sent to her as of the time of filing this report.

However, a senior officer who preferred anonymity confirmed the murder.
State Commissioner of Police, Abutu Yaro, told our correspondent on Monday morning that:

Teacher elopes with 16-year-old student after impregnating her