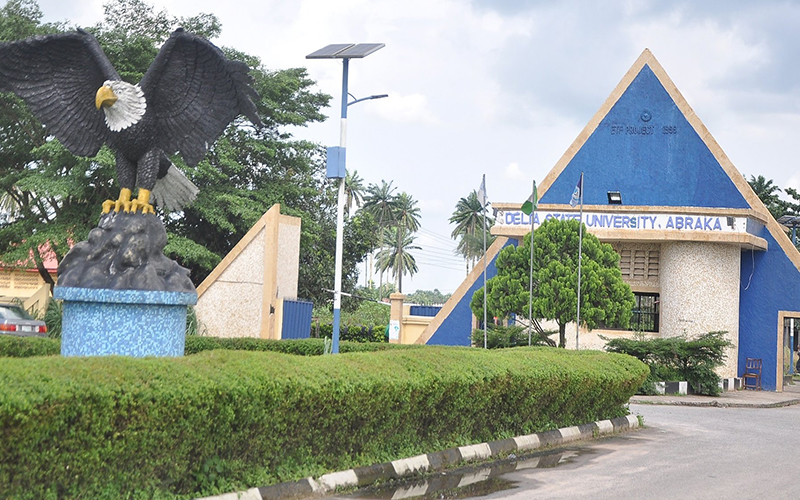 Suspected gunmen have shot dead a student of the Delta State University, Abraka, and abducted two other students of the institution on Sunday around 9.30pm.

Stephen Odje, of the Department of Medical Biochemistry, was gunned down at Oria, a community that is less than 15 minutes drive to the university community, while on his way to Abraka to resume the 2020/2021 academic session.

The PUNCH reports that  Mr Divine Omajuwa of Geology Department and Miss Hamza Jennifer of the Pharmacology Department in DELSU, who were also returning to school, were abducted by the gunmen.

While the motive for killing Odje remains unknown, the Dean of Students’ Affairs of the varsity, Prof. Chukwujindu Iwegbue, in a statement, called on security agencies and the public to step up actions to ensure the immediate release and rescue of the kidnapped students.

He insisted that the perpetrators of the crime against the innocent students must be brought to book.

Also, the Students Union Government described as “horrifying and unacceptable” the murder and kidnap of the students.

The SUG President, Mukolo Solomon, in a statement, warned that the incident “may lead to breakdown of law and order within and around Abraka and its environs and the entire state in general if urgent steps are not taken to effect the immediate and unconditional release of the kidnapped victims.”

Solomon issued a 24-hour ultimatum to security agencies to effect the release of the kidnapped students.

“Failure to do so will result in students’ unrest within the Delta State University in particular and the entire state in general,” he added.

The state Acting Police Public Relations Officer, DSP Edafe Bright, confirmed the incident, adding that he did not have enough details.

One beheaded as six die in fresh Delta cult war