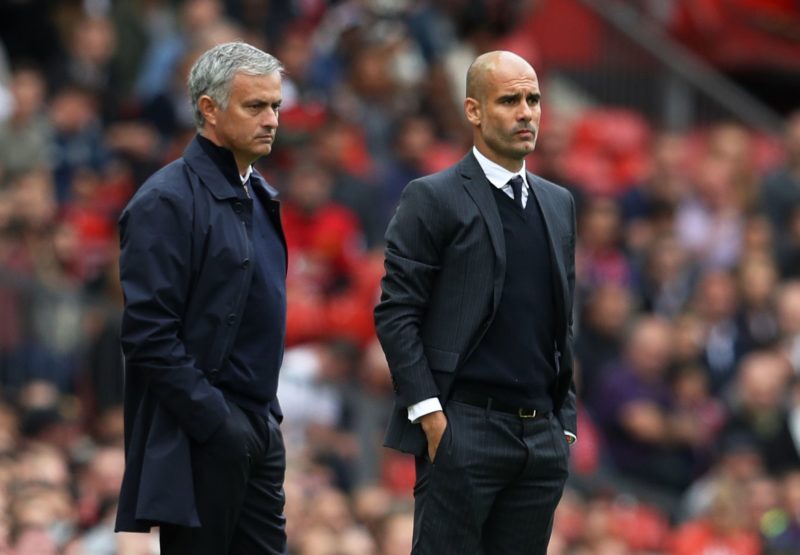 Manchester City manager Pep Guardiola has fired back at Tottenham Hotspurs manager Jose Mourinho over his comment on Raheem Sterling.

Mourinho had said that Sterling’s withdrawal from the England International games should be investigated.

Sterling had missed out on the UEFA Nations League due to injury.

However, Mourinho said that the fact that the Englishman will play for City in their next game casts doubt on the injury claim.

Reacting to the claim by the Portuguese, Guardiola said, “Mourinho has to speak to the doctor for the national team of England and the doctor for Manchester City.

“He has to go to the doctors of the national team and Manchester City. Except maybe Mourinho is a doctor, I don’t know.”

Related Topics:FeaturedGuardiolaMourinhoRaheem Sterling
Up Next

I spoke with Pogba, he’s not happy at Manchester United – Solskjaer