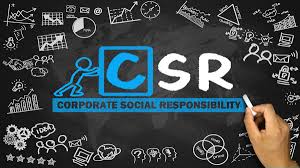 Oil/Gas Multinational Companies operating in Eastern Obolo local government area of Akwa-Ibom state have been urged to stand up to their Corporate Social Responsibility to host communities.

Mr. Iroigak Ikaan, a former Commissioner for Lands and Housing in the state, made the call during a stakeholder meeting organized by Utono Obolo in Uyo the state capital.

River’s chapter of the group on Sunday was in Uyo in solidarity with her Akwa-Ibom counterpart.

He said that the oil blocks were located within 10 to 35 nautical miles off the shorelines of Eastern Obolo local government area of Akwa-Ibom.

The delegates paid a courtesy call on the paramount ruler of Eastern Obolo, Chief Harry Etebor, at his Uyo resident and pleaded for his support in ensuring that the rights of the people were duly protected.

They also urged him to fast track peace move in communities displaced due to communal disputes.

Responding, Etebor thanked Rivers chapter of the group for their support and pledged commitments towards peace and unity in the area.

He advised the group to continue to employ dialogue as a tool for dispute resolution.