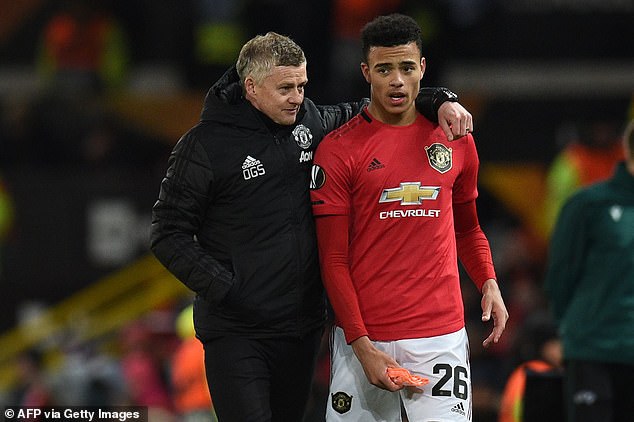 Manchester United manager, Ole Gunnar Solksjaer has said that youngster, Mason Greenwood, should have been left out of England’s squad.

The 18-year-old who turns 19 in October was eventually booted out of the camp alongside Manchester City midfielder Phil Foden for breaking coronavirus protocols after the duo allegedly met two women in Iceland away from the team’s bio-secure environment.

According to Ole, Greenwood who scored 17 goals in 49 appearances during a breakthrough campaign for United last season, should be left out of the national squad to enable him to rest over an off-season period already shortened amid the coronavirus pandemic.

“The kid had a fantastic season,” Solskjaer said ahead of Saturday’s Premier League opener against Crystal Palace. “He’s just come through. I’ve worked and the club have worked and all the staff here, we worked really hard, when we gave Mason enough time on the pitch when we gave him exposure in the media.

“Then you come to the end of the season and we’ve had less than two weeks off, and he’s called up to the national team.

“I have to be honest enough to say I tried my best to give him a rest over the summer. The club asked specifically – we pointed out he should have had a rest. He needs in mentally and physically after that season he had.

“First thing that happens is, one he’s called up, two he’s right there in the press. We’ve done whatever we can to protect him and I will keep on helping him. I know that when he comes back into the daily routine of the club and what we do to him – he’ll be fine.”