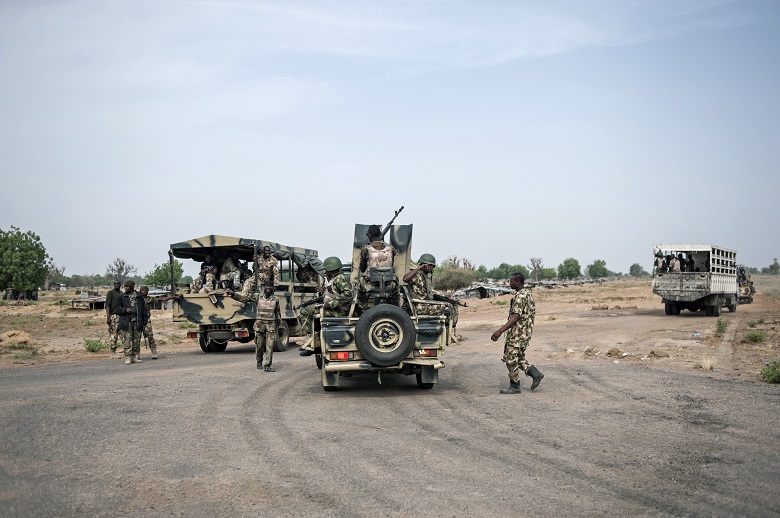 Col. Sagir Musa, Acting Director, Army Public Relations, in a statement on Thursday in Abuja, said the troops were under the auspices of Operation Halaka Dodo, Theatre Command Operation of LAFIYA DOLE.

Musa disclosed that the troops laid an effective night ambush for terrorists in the midst of heavy downpour and encountered their IED party at Wala crossing point attempting to emplace the lethal device.

He added that the troops responded swiftly in a firefight and killed two of the terrorists while others scampered for their dear lives with likely gunshot wounds under the cover of darkness.

According to him, two AK 47 riffles, three magazines, 32 rounds of 7.62mm special ammunition and four primed IEDs were recovered from the criminals.

“It would be recalled that earlier in the week, the terrorists suffered heavy losses when they failed in their attack on the headquarters of 26 Task Force Brigade, Bitta.

“The attackers were overpowered by national forces which caused the death of many terrorists and recovery of some weapons.

“Accordingly, the merits of the new concept of super Camp in the operational arena has already started yielding results with troops becoming more mobile, agile, robust and unpredictable.

“He urged them to sustain the tempo to completely stamp out all vestiges of the terrorists in the area of operation,” he said.