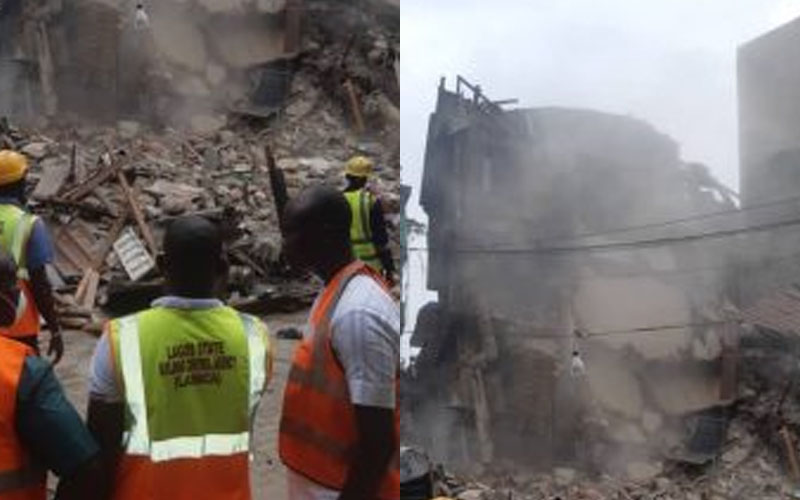 The Lagos State Building Control Agency (LASBCA) says it has demolished a partially collapsed building at No. 19, Church Str, Lagos Island, and it’s set to demolish 70 others.

A statement on Friday by LASBCA spokesman, Mr Gbadeyan Abdulraheem, said the General Manager of the agency Mr Gbolahan Oki, supervised the demolition.

Speaking at the demolition site, Oki said it had become an urgency to immediately remove the dilapidated and distressed building, which was no longer fit for human habitation to prevent collapse.

Oki noted that his team had earlier visited the distressed building site to get an on-the-spot assessment and asked the residents to relocate for their safety.

The General Manager said the agency had identified and marked 70 other distressed buildings within the state for removal.

He explained that 20 of the structures were discovered on Lagos Island.

The General manager further reiterated that the “government has zero-tolerance for building collapse, hence all building codes regulation within the state would be strictly enforced”.