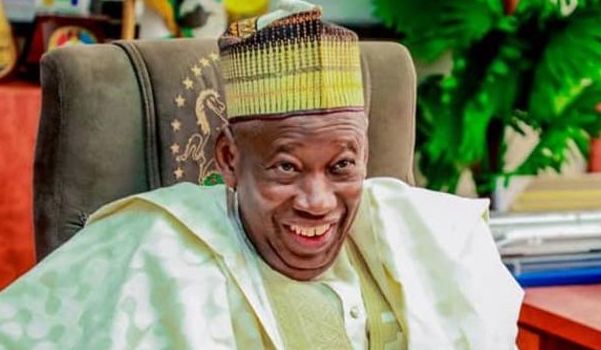 The convoy of Governor of Kano State, Abdullahi Ganduje was attacked by gunmen suspected to be bandits on Tuesday night.

Government House sources confirmed the attack but said Ganduje was not in the convoy when they encountered the gunmen.

The Governor’s convoy was said to be making its way to Kano from Zamfara State, where a mass defection rally was held on the same day.

Ganduje reportedly joined the convoy of his Jigawa State Counterpart, Abubakar Badaru, after the mega rally in Gusau.

A government house official said, “You know because the place was rowdy after the event which had many state governors in attendance, His Excellency, Gov Ganduje, joined his friend, Governor Badaru, and they both arrived in Kano hours before the Kano convoy arrived.”

It was learnt that dozens of gunmen who barricaded the road, opened fire immediately they sighted the convoy.

Defection: Wike knocks Matawalle, says he has no integrity