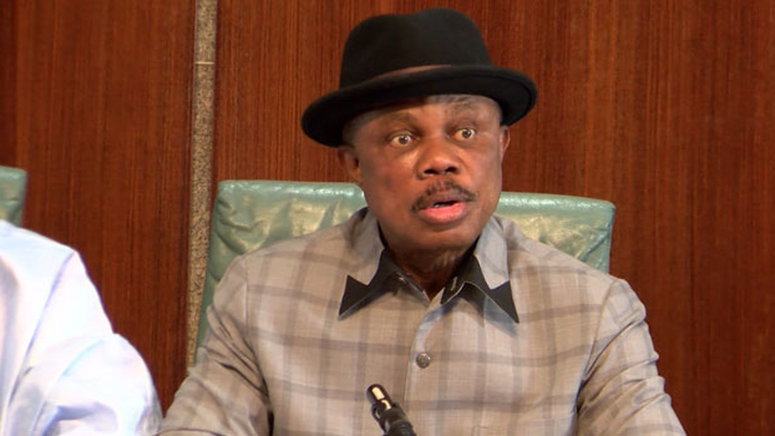 Obiano said this in a message by the state’s Commissioner for Information, Mr C-Don Adinuba on Friday in Awka.

The governor appealed to the people to shield themselves from the pandemic.

“Reports from across Anambra State show a huge increase in the incidence which if not arrested now will produce a catastrophic result in the near future.

“There are 80 confirmed COVID-19 cases in the state since the second wave began two weeks ago, meaning an average of 40 cases per week.

“In contrast, the state used to record nine cases per week on average in the first wave,” he said.

Obiano expressed dismay that most people still doubted the disease, in spite of the deaths of some high-profile Nigerians in the second wave.

“It is embarrassing that some patients flouted the COVID-19 protocols in most unconscionable and callous manner.

“There were two persons, who a few days ago came for testing and were confirmed to be positive.

“Instead of isolating themselves, they rejoined a wedding party and may have infected a number of people,” the governor said.

While urging residents to go for tests and possible treatment which were free in the state, Obiano commended the state COVID-19 Case Management Team for exceptional professionalism and competence.

He said the team has not lost patient under its care since the beginning of the second wave of the disease.

He said the 19 deaths recorded during the first wave were either when the persons were already dead or too late for successful management.

“COVID-19 is not just a health matter but, more importantly, a profound development challenge.

“It costs the authorities, individuals and groups everywhere in the world a lot of financial resources to build testing and treatment centres, and a lot of money to train the personnel to handle the situation.

“In Anambra, we trained not just doctors, pharmacists, laboratory scientists and nurses, but also ward cleaners and ambulance drivers in the management of COVID-19,” he said.

Obiano advised the people to comply with all COVID-19 protocols including wearing of facemasks, regular washing of hands with water and soap and keeping social distancing of two metres.

While saying that the combined capacity of isolation centres in the state was 500, the governor said that only five out of the 80 COVID-19 patients were being treated at the centres as most people preferred home treatment.

Related Topics:Anambra. Willie
Up Next