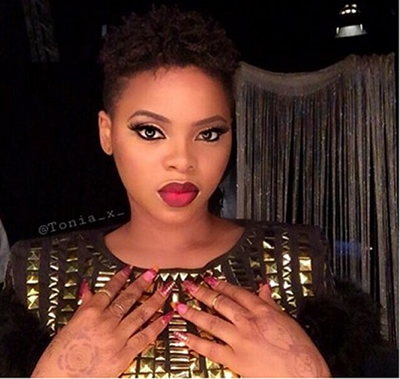 WUZUPNIGERIA recalled that the gospel artiste who was formerly a secular musician announced she has dumped secular music for gospel.

The gospel singer has released a brand new single titled, “This Love.”

The music superstar in her Instagram post today announced the new released single as she posted a video and captioned:

Finally here! THIS LOVE
“For the mountains shall depart, and the hills be removed; but my kindness shall not depart from thee, neither shall the covenant of my peace be removed, saith the Lord that hath mercy on thee” – Isaiah 54:10

Chidinma, rose to stardom in 2010 after winning the third season of Project Fame West Africa.

Following the release of the music video for her “Emi Ni Baller” single, she became the first female musician to peak at number 1 on the MTV Base Official Naija Top 10 chart.

In 2011, she released the Sound Sultan -assisted single “Jankoliko”.

Her eponymous debut album Chidinma was released through the music platform Spinlet; it was supported by the singles “Jankoliko”, “Carry You Go”, “Kedike” and “Run Dia Mouth”. The album features guest appearances from Sound Sultan, Tha Suspect, Olamide and Muna.

Chidinma won Best Female West African Act at the 2012 Kora Awards and performed “Kedike” at the ceremony. She is recently signed with Eezee Concept, with the release of her song, Jehovah Overdo and now ‘This love”