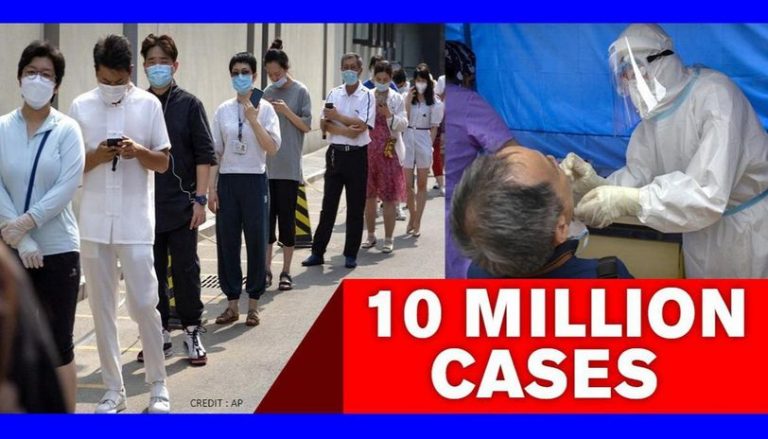 The number of coronavirus cases confirmed worldwide rose to 10 million on Sunday, according to a tally collated by Johns Hopkins University.

The United States, Brazil and Russia are listed as having the largest number of cases in real terms, with their caseloads recorded as 2.5 million, 1.3 million and 634,000, respectively.

The U.S. has seen its caseload rise at the fastest rate in recent weeks.

The novel coronavirus, which causes a potentially deadly respiratory illness called COVID-19, has affected the vast majority of countries, and responses have varied greatly, depending on national income, health care system and other factors.

As a result, the death toll in relation to the overall caseload has varied greatly from country to country.

Johns Hopkins has recorded just shy of half a million deaths, with the U.S., Brazil and Britain ranking the highest in terms of mortality rate.