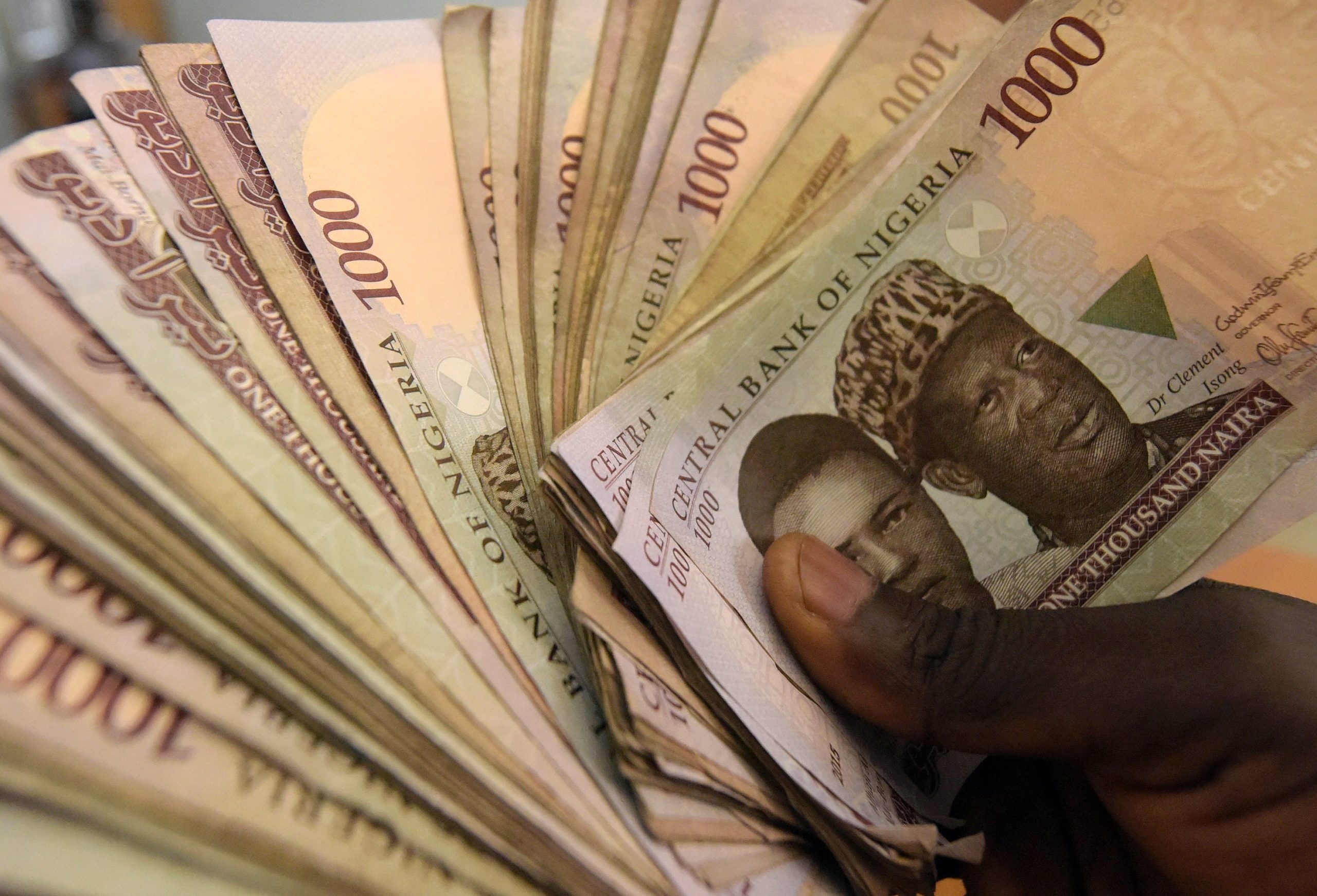 A Nigerian man has taken to the micro-blogging platform to advise men to stop giving women money, stating that it’s a form of patriarchy.

According to the man with handle @oloye__, giving money is a form of toxic patriarchy and an act of aggression against women that serves to keep them dependent on men.

Speaking further, he stressed the need for women to make their own money and spend it however they want.

He made the comment in reaction to a tweet from another user who said men should give women money for their hair.

“Giving women money is an act of aggression against women that is perpetuated by the hetero-normative patriarchal hegemony. It serves to keep women dependent on men.

“Women should make their money and spend it however they want.” he replied to a tweet calling on men to give women money. 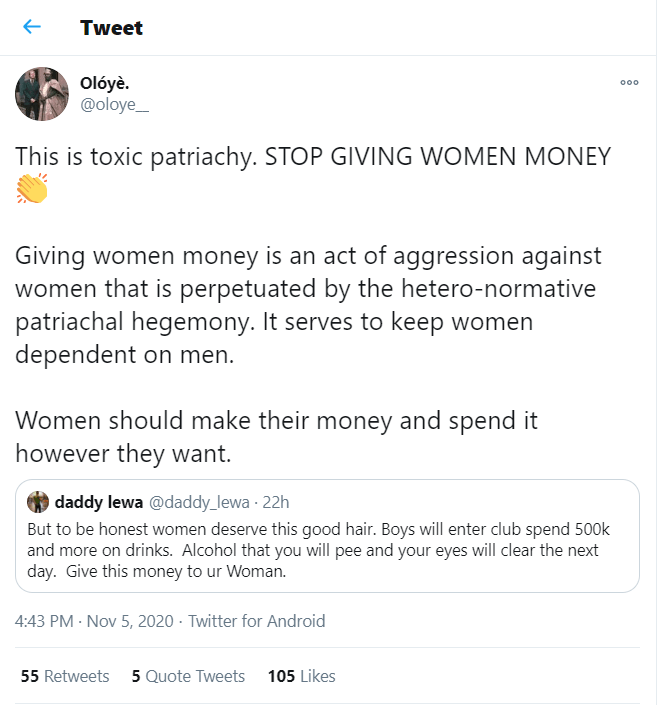 If you want to punish your wife, cheat with her sister, man advices