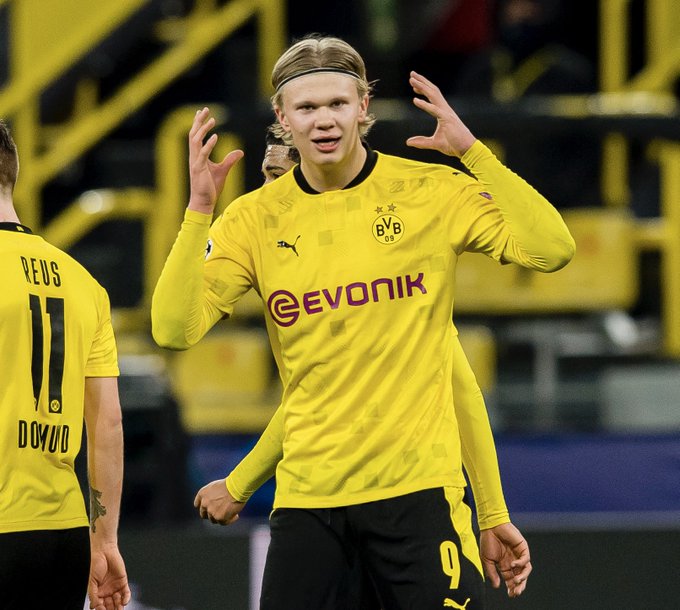 The Norwegian is a top priority for European giants including Real Madrid, Bayern Munich, Barcelona, Liverpool, as well as bitter rivals, Manchester City.

Haaland had been on United’s radar before his switch from RB Salzburg to Borussia Dortmund despite a personal visit from his former coach at Molde, Ole Gunnar Solskjaer, who is United’s head coach.

The Germans announced his signing on 29 December 2019, three days before the winter transfer window opened, for a fee reported to be in the region of €20 million, signing a four-and-a-half-year contract.

United haven’t released their foot off the pedal as the race for the trailblazing 20-year-old intensifies and Ferdinand urged his former side to go all out to land Haaland.

Speaking on his YouTube channel, Ferdinand said “You know what, they’ve just got to go and give everything to get Haaland, I don’t care.

“I don’t like to talk about players coming from other teams but this guy man, we can’t afford to let this guy go anywhere else.

“His only destination is England. That’s the only place he’s going. If he goes anywhere else, I’d be so surprised.

“Born here, born and bred. He obviously loves English football because his dad played here. I’m sure it’s one of his dreams to come and play in England.

“Why not in the red shirt at Old Trafford? Be the guy that brings trophies back to Man United and brings the successful period back. Be that guy.”