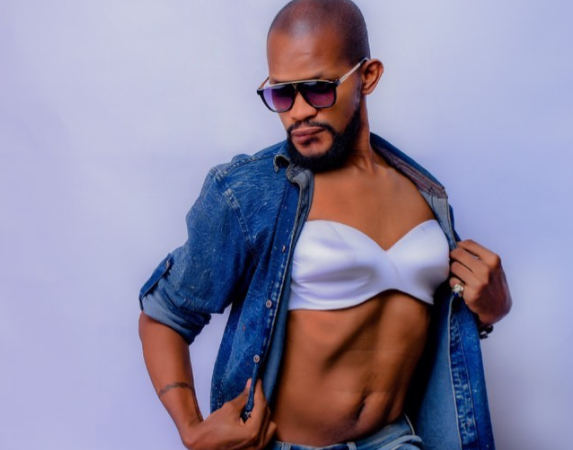 Nollywood actor, Uche Maduagwu, has called on the UK government to place sanctions on Nigeria over failure to implement laws to protect homosexuals.

Recall that on Wednesday, January 27th, 2021, Uche Maduagwu shared a photo with the tag ”Proudly GAY.”

He went on to allege that 40 per cent of the current lawmakers are also practising homosexuality.

Many social media users have claimed that Uche is not gay and is simply chasing clout, but the actor further reiterated his stance by revealing he has been in a romantic relationship with another man for six years.

MORE READING!  Nigeria and war of tongues BY Femi Adesina

He has now gone on to call on the UK government to sanction the Nigerian government over its ‘inhuman anti-gay law’.

The UK government should place sanctions on the nigerian government over its inhuman anti gay law this same government negotiate and dialogue with bandits but refuses to respect human rights of gay people. Over 65% of current governors wives are lesbians and 80% of ex bbnaija male housemate be gay

Related Topics:FeaturedInstagramNigeriaUche Maduagwu
Up Next

VIDEO: Lady who tattooed Ka3na on her thigh finally speaks

You are on your own, actress Nkechi Blessing tells fan who tattooed her name on her hand