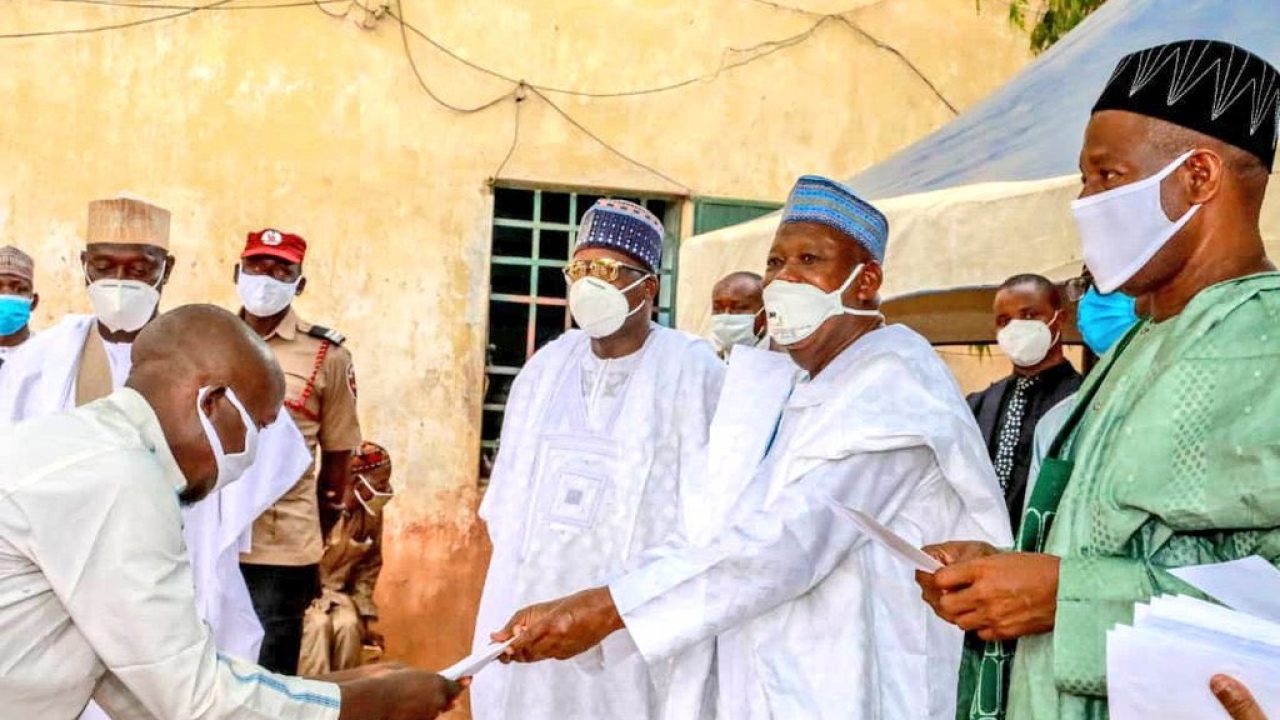 The governor, who ordered the release of the inmates during his visit to the prison in Kano on Friday, said the gesture was in the spirit of activities of Eid-el-Kabir.
‎
Ganduje said that the beneficiaries of the gesture were selected based on the gravity of offense and sign of reformation while in prison.

He added that the decision to visit the prison was to show the inmates that the state government was aware of their existence and that they were also regarded as citizens of the state.
‎‎
He, however, advised the freed inmates to desist from acts that would warrant bringing them back to prison.

He said that each of the inmates would be given N5,000 to enable them to travel to their destination.
The comptroller ‎of Prisons, Abdullahi Magaji, commended Ganduje for freeing the inmates.
Magaji also advised the freed inmates to be of good character and stay off crimes to avoid going back to prison.

‎The governor was accompanied to the center by his deputy, Alhaji Nasiru Gawuna, and some members of the cabinet.